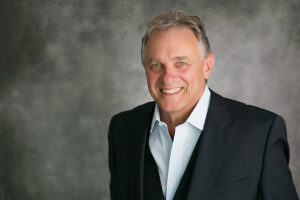 Going to court to settle a disagreement is expensive and unpredictable according to a seasoned lawyer of 34 years, David Greig (right).

Even judges say this notes Greig in The Mediation Guide: Navigate the Faster, Cheaper, Kinder Process (Self-Counsel $19.95) and will invariably recommend all parties think carefully “before drawing swords and marching off to trial.”

Furthermore, judges make it clear the courts are not the best adjudicators; only the last resort. The judge’s spiel goes something like this, writes Greig:

“I have three to five days to listen to your stories… at the end, I remain an outsider, and yet I am empowered and required to decide how the rest of your lives will proceed. That decision is really one which you should be making — not me. Talk to your lawyers. Make sure that you have tried every single alternative to litigation — whether it be simple negotiation, mediation, or arbitration — and do that before you come back here, and commit to having me (or another judge like me) decide your fate for you.”

Accepting that mediation is the preferable route, most people are unfamiliar with how to go about it. Greig provides a concise, clear and interesting treatise on the mediation process. He outlines the history of mediation (it’s more than 4,000 years old), why it’s better, what types of disagreements are best suited to mediation; how the process works; how to find a mediator; who pays; and what a mediation agreement looks like. He also gives templates for documenting sessions such as information intakes, agreements to mediate and screening participants (usually done by the mediator to determine who gets to be the actual participants during the mediation).

Greig includes many case studies and they are interesting to read. Like the divorced mother, struggling financially who wanted to move away from her children’s father for cheaper rent. Or the man hit by a car who wants compensation for a knee injury that the driver later finds out had previously been injured at a soccer game. Also uncovered is the injured man has a drinking problem. Could be nasty in a court, but a mediator deals directly with the injured man and they negotiate an acceptable monetary settlement that both parties can live with.

Greig is well qualified, coming from a family of legal experts: his father was a judge, his mother a legal secretary and his sister a lawyer. At first, Greig took a different route when he left high school as he wanted to be a musician. But after taking an English degree at the University of Victoria he wound up getting a law degree in 1986 and eventually setting up his own law practice group.

“Fortunately, it has been my experience that most disputes are amenable to dispute resolution, and particularly mediation,” he says. “That is so, I believe, because most parties in conflict understand, or can be shown, that peace is best. Even a ‘so-so’ settlement is better than a great war.”

E is for David Essig