Well, well… not so well

Reviewed by the New York Times, Karen Rivers' The Girl in the Well Is Me is her 16th book since 1999. 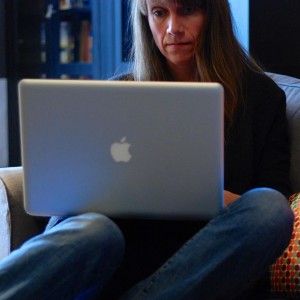 It has been published simultaneously with another novel, Before We Go Extinct (Farrar Straus Giroux), for younger readers.

In Karen Rivers’ The Girl in the Well is Me (Dancing Cat Books $12.95), an exploration of bullying for middle grade readers, a new girl to the neighbourbood, Kammie Summers, accidentally disappears down a well as the result of an initiation ritual for a club whose three popular members don’t want her to join. They know she’s down there but they torment her by failing to tell anyone. While the eleven-year-old narrator is trapped in claustrophobic peril from the outset, waiting to be rescued–or not–Rivers blends humour with seriousness to explore all the reasons for Kammie’s distress in Nowheresville, Texas (her term). Kammie reviews shameful events in her family’s history, most notably her father’s trespasses. “I wonder if heaven is real?” she thinks. “I hope so. If it’s not, this whole life thing is going to have felt like a major ripoff.” Born in Nanaimo on June 12, 1970, Karen Rivers mostly grew up in Victoria. She studied writing courses at University of Victoria for two years, then received her B.A. in International Relations from UBC in 1991. She nearly completed a second degree in Physiology/Microbiology before dropping out. She had two babies instead. She started writing her first novel, The Tree Tattoo, when she moved back into my parents’ basement. It was eventually published in 1999, after Dream Water. Her books have been nominated for a wide range of literary awards, including the Silver Birch Award, the Stellar Book Award, the White Pine Award, and the Sheila A. Egoff Children’s Literature Prize.

Rivers is the author of several juvenile novels originally published by Orca Books, Canada: Dream Water (1999), Waiting To Dive (2000) and The Gold-diggers Club (2002). Waiting to Dive was reprinted by Scholastic, along with its sequel Barely Hanging On (previously published as The Gold-digger’s Club) to accompany the final novel in her “Carly” sequel, The Actual Total Truth. These novels concern a young diving enthusiast named Carly who dreams of Olympic glory during her grade school years.

Rivers’ two teen novels from Polestar Books are Surviving Sam (2001) — shortlisted for the Sheila A. Egoff Children’s Literature Prize — and The Healing Time of Hickeys (Polestar 2003). The latter contains diary excerpts by 16-year-old Haley in her last year of high school when her hippie father is having unexplained troubles with the law. Haley’s best friend won’t speak to her, she can’t get the attention of the boy she likes, she contracts chickenpox and she consults a Ouija board. Rivers’ dedication is a good summary for the novel “To all of you who are wearing some sort of turtleneck or weird scarf or unusual neck-wrapping hairstyle… and hoping that no one notices anything…. Trust me, it’s not working.” The hypochondriac Haley hopes for TGYML (The Greatest Year of My Life) but as her diary reveals, with Bridget Jones-like candour, it’s possible she’s dying of cat scratch fever while a running tally clocks sightings of JT, the good-smelling, big-handed boy who’s ignored her for three years, and rates her hair orange and too short to cover hickeys.

Following on the neck of Healing Time of Hickeys, Rivers’ The Cure for Crushes (And Other Deadly Plagues) (2005) once again usurps the journal of Haley Andromeda Harmony. As obsessive as Bridget Jones in recording and tallying her daily ups and downs, 17-year-old Haley-the-hypochondriac chronicles her final months of high school. Hair loss, brain tumors and a rash of other internet-researched symptoms continue to afflict her. Dad moves his MYG (Much Younger Girlfriend) in with them. There’s the bikini-clad bungee-jumping. And, it turns out, having a boyfriend is no cure for crushes on other boys. Inspired by the request of Rivers’ mother for a book where “no one dies,” Rivers has rendered a heroine who is ever hopeful it will be TGYML2 (The Greatest Year of My Life, Part 2).

Rivers’ first novel for adults, The Tree Tattoo (Cormorant, 1999), describes a girl’s love for a much older man, “a love that grows like an abscess.” A huge tree tattooed on her back is symbolic of someone rooted in intense desire. The two lovers take a vacation, oblivious to the family wreckage they have engendered, as a cancer spreads in the girl’s body.

What is Real (Orca, 2011) is about a star basketball player named Dex whose parents have split up. Dex returns to his small hometown to care for his wheelchair-bound, suicidal father who has given up defending marijuana growers in his law practice – and become one himself. Unable to cope, Dex begins smoking himself into a state of surrealism. He begins to lose touch with what is real and what he is imagining. And then there are the aliens…the girl-of-his-dreams…and the crop circle.