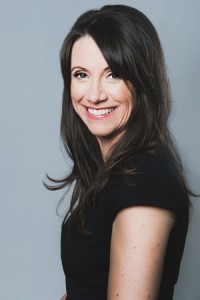 In Karen Rivers’ The Girl in the Well is Me (Dancing Cat Books $12.95), an exploration of bullying for middle grade readers, a new girl to the neighbourbood, Kammie Summers, accidentally disappears down a well as the result of an initiation ritual for a club whose three popular members don’t want her to join. They know she’s down there but they torment her by failing to tell anyone. While the eleven-year-old narrator is trapped in claustrophobic peril from the outset, waiting to be rescued–or not–Rivers blends humour with seriousness to explore all the reasons for Kammie’s distress in Nowheresville, Texas (her term). Kammie reviews shameful events in her family’s history, most notably her father’s trespasses. “I wonder if heaven is real?” she thinks. “I hope so. If it’s not, this whole life thing is going to have felt like a major ripoff.” Reviewed by the New York Times in March of 2016, The Girl in the Well is Me is Rivers’ 14th book since 1999, published simultaneously with another novel, Before We Go Extinct (Farrar, Straus and Giroux), for younger readers. Born in Nanaimo in 1970, Karen Rivers mostly grew up in Victoria. She studied writing courses at University of Victoria for two years, then received her B.A. in International Relations from UBC in 1991. She nearly completed a second degree in Physiology/Microbiology before dropping out. She had two babies instead. She started writing her first novel, The Tree Tattoo, when she moved back into my parents’ basement. It was eventually published in 1999, after Dream Water. 9781770864641