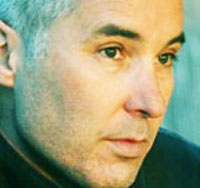 BC Bestsellers
Week of May 8, 2016
1. David Tracey’s Vancouver Tree Book  is a continuation of a treespotting project first started by Gerald Straley back in 1992. Due to Gerald Straley’s death, his seminal book, Trees of Vancouver (UBC Press), has never been updated. Now, thanks to David Tracey and a handful of dedicated arborists, Vancouver Tree Book (Pure Wave Media $20) has continued Straley’s work. The field guide begins with a series of maps outlining Vancouver’s notable and treasured trees, a guided tour that hardly touches on the city’s arboreal diversity. This is followed by a detailed identification guide, subdivided into nine groups of trees found around Vancouver. The book includes photographs of leaves, branches, bark patterns and trees for finding each species in the city. The individual species entries come with location data for finding these trees, allowing the dedicated reader and explorer to follow in Tracey’s footsteps all around Vancouver. The book also includes facts such as the world’s tallest tree (115 metres, Hyperion in northern California), and which species is said to be the oldest on earth (ginkgo biloba). Tracey recognizes the collaborative nature of this project, closing the guide with nods to the other arborists who made it possible. The higher level tree enthusiast can use this information to propel their studies to greater heights, seeking out the work of people like Douglas Justice and Wendy Cutler to further their knowledge. Vancouver Tree Book is a highly-detailed, colourful and almost-pocket-sized reference guide to the plethora of trees that have helped to make Vancouver into one of the most desirable places to live on the planet.  978-0-9865055-2-2.
2. Gut: The Inside Story of Our Body’s Most Underrated Organ  Giulia Enders, illustrated by Jill Enders  9781771641494 Greystone Books
For too long, the gut has been the body’s most ignored and least appreciated organ, but it turns out that it’s responsible for more than just dirty work: our gut is at the core of who we are. Gut, an international bestseller, gives the alimentary canal its long-overdue moment in the spotlight. With quirky charm, rising science star Giulia Enders explains the gut’s magic, answering questions like: Why does acid reflux happen? What’s really up with gluten and lactose intolerance? How does the gut affect obesity and mood? Communication between the gut and the brain is one of the fastest-growing areas of medical research—on par with stem-cell research. Our gut reactions, we learn, are intimately connected with our physical and mental well-being. Enders’s beguiling manifesto will make you finally listen to those butterflies in your stomach: they’re trying to tell you something important.
3. Walking to Camelot: A Pilgrimage through the Heart of Rural England  John A. Cherrington  9781927958629  Figure 1 Publishing
There are 140,000 miles of footpaths and public rights of way in Britain, many dating back to medieval times—nowhere else in the world can you walk in literally any direction over private land. At fifty-four, John Cherrington, a less-than-active solicitor from BC’s Fraser Valley, wanted a challenge; his companion Karl, 20 years older, wanted to prove he was still tough enough to complete a long-distance walk. So the pair set to walk the historic MacMillan Way, a 300-mile-romp that took them from the fenlands by the North Sea, on through the enchanting, honey-coloured Cotswolds, into Somerset with its legendary Castle Camelot, finally to emerge at Chesil Beach on the English Channel.

The sun on your face. The smell of warm bannock baking in the oven. Holding the hand of someone you love. What fills your heart with happiness? This beautiful board book, with illustrations from celebrated artist Julie Flett, serves as a reminder for little ones and adults alike to reflect on and cherish the moments in life that bring us joy. International speaker and award-winning author Monique Gray Smith wrote My Heart Fills with Happiness to support the wellness of Indigenous children and families, and to encourage young children to reflect on what makes them happy.

Cycling the Islands is the ultimate guidebook for those travellers looking to explore the beauty and splendour of British Columbia’s Gulf Islands and the American San Juan Islands by bicycle. Featuring over 30 adventures on 11 different islands, each route includes a map and detailed information on local history, topography, aesthetics, places of interest, type of road, general route condition, level of difficulty, start and end points, checkpoints along the way and plenty of full-colour photographs. All of the text and accompanying information is fun, accessible, clearly laid out and easy to use.

Jennifer Manuel skilfully depicts the lonely world of Bernadette, a woman who has spent the last forty years living alone on the periphery of a remote West Coast First Nations reserve, serving as a nurse for the community. Only weeks from retirement, Bernadette finds herself unsettled, with no immediate family of her own—how does she fit into the world? Her fears are complicated by the role she has played within their community: a keeper of secrets in a place “too small for secrets.” And then a shocking announcement crackles over the VHF radio of the remote medical outpost: Chase Charlie, the young man that Bernadette loves like a son, is missing. The community is thrown into upheaval, and with the surface broken, raw dysfunction, pain and truths float to the light.

7. Bill Reid Collected  Martine J. Reid  9781771621151  Douglas & McIntyre
In this third instalment of the Collected series, the work of Bill Reid is showcased with beautiful photographs of his many sculptures, carvings, jewellery and paintings inspired by the culture and themes of his Haida Gwaii heritage. Bill Reid Collected features the largest chronological collection of memorable works of Reid’s career in full-colour photographs and images to date. Along with an introductory essay by Dr. Martine J. Reid, this collection pays tribute to one of Canada’s most renowned First Nations artists.

A testament to the miraculous beings that share our planet and the places where they live, The Wild in You is a creative collaboration between one of our time’s best nature photographers and one of North America’s most talented and critically acclaimed poets. Inspired by the majestic and savage beauty of McAllister’s photographs, Crozier translates the wild emotion of land and sea into the language of the human heart. Featuring over thirty beautiful full-size photographs of wolves, bears, sea lions, jellyfish, and other wild creatures paired with thirty original poems, The Wild in You challenges the reader to a deeper understanding of the connection between humans, animals, and our earth.

Boats in My Blood isn’t just about the boats. Barrie also shares the story of his life—the highs and the lows. His memories of growing up in Pender Harbour provide an amusing picture of fishing village life in the 1950s and his sharp eye for character makes for many amusing anecdotes. He is frank about his periodic battles with the bottle and bad business dealings, but through it all Barrie’s engaging character and unquenchable good nature shine through. Boats in My Blood is a fascinating chronicle of a life devoted to the art of the boat.
10. Beach Baby  Laurie Elmquist  9781459809543  Orca Book Publishers
A gentle, poetic lullaby for baby, filled with memories from a perfect day playing on the beach. Castles, sand dollars, seals peering out of the waves and the beat of the ocean become sweet reminders of all the magical things that await baby tomorrow. A lyrical celebration of natural beauty and a soft, reassuring reminder for little ones being tucked into bed that fun and adventure will return with a new day.
11. British Columbia and Yukon Gold Hunters: A History in Photographs  Donald E. Waite  9781772030778  Heritage House Publishing
In this masterful collection of stories, historical images, and handcrafted maps, Donald Waite celebrates the human quest for gold. In addition to the best-known stories of gold hunters—including those who participated in the Cariboo rush to Barkerville and the 100,000 souls who clawed their way toward Yukon—Waite introduces many lesser-known discoveries and characters who became legendary during BC and Yukon’s first century.

In this fast and furious crime novel set in the midst of a long west coast summer, an Eastern European immigrant named Irina absconds with a shipment of drugs and $300,000 in dirty money, setting into motion a wild chain reaction involving bounty hunters, corrupt cops, low-brow scammers, and her bewildered, straight-laced ex-husband. High-end sushi bars, nightclubs, and New Wave art galleries all figure in this stylish neon noir that blows the roof off traditional crime fiction: a slick and sexy tonic that takes readers on a genre-bender of dizzying proportions.
13. Discipline Without Damage: How to Get Your Kids to Behave Without Messing Them Up  Vanessa Lapointe  9781928055105  Lifetree Media Ltd.
When your child is threatening a meltdown in the grocery aisle, is it really possible to keep your cool, correct the behavior, and reinforce healthy development, all at the same time? In this easy-to-read, science-based book, parents, caregivers, and big people of all kinds will discover how discipline affects children’s development, why intervention should reinforce connection not separation, and why the disciplinary strategies that may have been used on us as children are not the ones that children really need.
14. Heart of the Raincoast: A Life Story  Alexandra Morton & Bill Proctor  9781771511797  TouchWood Editions
Heart of the Raincoast is the fascinating story of Billy Proctor’s life, and the wealth of knowledge and understanding that can only be gained from living in such close proximity to nature. The writing is funny, touching and honest—and offers an engaging insider’s view not only of the salmon, whales, eagles and independent people who populate Canada’s wild and lovely coastal rainforest, but on what we need to do to keep it as nature intended. Originally published in 1998, this updated edition has a brand-new cover and interior design, with a new foreword by Alexandra Morton.

Since 2005, nearly 9,000 demo permits for residential buildings have been issued in Vancouver. An average of three houses a day are torn down, many of them original homes built for the middle and working class in the 1920s, ’30s and ’40s. Very few are deemed significant enough to earn the protection of a heritage designation, but they are part of our heritage nonetheless and their demolition is not only an architectural loss. Based on the popular Facebook Page, Vancouver Vanishes is a collection of essays and photographs that together form a lament for, and celebration of, the vanishing character homes and apartments in the city.
* The BC Bestseller List is compiled using sales data from over 80 independent bookstores in BC, which is provided to the ABPBC by TBM BookManager. The list represents sales of BC published books released within the calendar year.