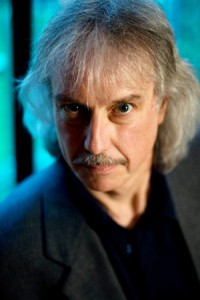 Set in London in 1816, Ian Weir’s second novel, Will Starling (Goose Lane 2014), is one of ten Canadian-authored books longlisted for the 2016 Dublin International Literary Award.

The charming protagonist Will Starling has spent five years assisting a military surgeon during the Napoleonic Wars. At age nineteen, the foundling and would-be surgeon Will Starling returns to London to help his mentor start a medical practice in the rough Cripplegate area. It’s an era when surgeons and anatomists rely on body snatchers to obtain human cadavers.

When a grave robbery goes awry, brash Will is led to suspect London’s foremost surgeon, Dioysus Atherton, could be conducting scientific experiments on the living. That’s the gist of Will Starling (Goose Lane 2014).

The origins of Will Starling can be traced to a summer evening at the Weir’s family cottage at Shuswap Lake in the late Sixties when Ian Weir was about twelve. When a neighbour’s son rode his mini-bike at considerable speed into a barbed wire fence, he was carried like a battlefield casualty to the Weir’s front porch where Weir’s father, a surgeon, was reading. Dr. Weir proceeded to calmly unfold himself from his lounge-chair, retrieve his battered black medical bag, and stitch up the young patient who was shrieking on the picnic table.

“I’m pretty sure the idea for Will Starling began to germinate right then and there,” says Weir, a screenwriter who has won two Geminis and four Leos, “as my brothers and I looked on agog and my mother—the novelist and historian Joan Weir—tried gamely to channel Florence Nightingale.

“It took me a good while to figure this out, of course. But 40-plus years later, midway through researching and writing a literary gothic thriller set amongst the surgeons and grave-robbers in London in 1816—the very summer that Mary Shelley began writing Frankenstein—it finally dawned. The novel is at heart a wistful tribute to my Dad, who passed away seven years ago.”

Weir is quick to add that a year later Astley Cooper would make medical history in London by successfully repairing a ruptured aortic aneurism (the patient lived for eleven hours). Maybe that’ll be in book three.

Meanwhile none of the surgeons in the novel is intended to serve as a direct portrait of Dr. Weir—certainly not the golden and appalling Dionysus Atherton—but Weir notes there is a certain dour, squat and redoubtable Scottish surgeon who happens to share his paternal grandmother’s maiden surname.

“Although there was nothing dour about my Dad,” he says, “and nothing remotely squat about him either, he was wonderfully redoubtable.”

Born in North Carolina and raised in Kamloops, Ian Weir is the son of B.C. author Joan Weir [See separate entry]. Kamloops was cattle-raising country. When he told his piano teacher that he hoped to become a writer, she replied, “Yes, that’s a nice hobby. But what do you want to do for a living?”

Daniel O’Thunder is set in the 1850s and was promoted as “a rollicking, comic and ultimately haunting tale of fist-fighting, faith, and fine madness.” Interweaving the voices of several narrators, it tells the story of Danny O’Thunder, a troubled but immensely charismatic prize-fighting evangelist who challenges the devil to meet him in the ring. The book opens in London – inhabiting the world of the theatre, the criminal underworld and the realities of bare-knuckle prize-fighting – then shifts to North America, where O’Thunder meets his ultimate opponent in the desert of the British Columbia Interior. Weir describes it as “kind of a rollicking dark Dickensian metaphysical comedy.”

Laced with blood, thunder, sex, murder, rape, mayhem and miracles, Ian Weir’s first novel is about good versus evil. It’s the vibrant story of a has-been boxer named Daniel O’Thunder who makes a Lazarus-like comeback to fight for Christ. Rocky Balboa goes to Dickensian London and gets religion.

Fighting with fists has been a sport ever since the early Romans, and the Brits raised it to a national pastime in the 19th century when illegal bareknuckle bouts were usually ignored by authorities unless a competitor was killed.

From multiple narrators we learn O’Thunder is a battered one-time boxer, an army deserter and a reformed drunk. When he’s not preaching or consoling his mission of fallen souls, he fights for Christ with the gift of a golden voice and a fist like a thunderbolt.

God helps him in both endeavours. But every good screenwriter knows a good protagonist requires a formidable antagonist, so Weir pulls no punches in that department. O’Thunder hankers for a punch-up with Lucifer himself.

As the chief adversary in this Book of Daniel, the Devil is more of a presence than a person, a chimera rather than a character, but his influence is continuous and very real to the hero.

Reverend Jack Beresford, the most-heard narrator, recalls when he himself was a preacher in Cornwall in 1849. By 1851-52, when the bulk of this tale takes place, the not-so-reverend Jack has become Jack Hartright.

He claims the whole story really can be traced back to Biblical times when, for forty days and nights, the son of God spent some time in the desert with that tempter, the Devil.

As Milton has already made clear in Paradise Lost, all sensitive Satan ever really wanted was to be God’s special companion, but he was pushed away, and we all know the results of that.

Most of Weir’s characters will transform or reveal themselves in a different light by story’s end. John Rennert, nicknamed Jaunty, is a sleazy, ex-military man who sets up illegal boxing bouts to pay off his mounting gambling debts. He tracks down O’Thunder in an effort to lure him back into the ring.

Another strong voice belongs to Nell, initially the adolescent ingénue, but aged twenty-seven years by the end of the novel. Reduced to whoredom, the belle Nell is searching for the mother she never knew. Like almost everyone who meets him, outside the ring or in it, Nell is struck by O’Thunder’s charisma.

A newspaperman in reduced circumstances, William Piper adds his penny-a-word viewpoint, as does his mother and his mother’s aide, Dorcas.
From the outset, even if we haven’t read the author’s biography, we know we are in skilled hands. In the first chapter, Jack writes, “…to tell my story we must begin where it all began to go wrong.” What reader can resist reading about all the things that have gone wrong in someone’s life?

Son of B.C. author Joan Weir, Ian Weir has written more than 100 television episodes, several radio plays, and received two Geminis, a Jessie, and a Writers Guild of Canada Screenwriting Award for his labours. He was also a writer and executive producer of the CBC series, Dragon Boys.

So soon enough you can relax, knowing he’s going to hook you, reel you in, let you run, and then release you, only to throw some juicy bits over the other side of the boat to tempt you back.
Although the thinking in this novel is modern; the scope of the tale is Dickensian. How divine is O’Thunder? Can he really perform miracles? Will he get a chance to fight the Devil, if in fact the Devil exists at all?

Is Lord Sculthrope the Devil, and if he is, what does that make Nell? And who has been murdering those street women (prior to the days of Jack the Ripper)?
In addition to knowing the importance of jumping into the story at the height of the action, Weir also knows how to create a strong sense of place and how to weave a story that shows instead of tells.

While crafting a rollicking tale with a payoff, Weir adds research to match his wit. Several of the mid-19th-century pugilists in the novel were actual boxers such as Tom Cribb and the Tipton Slasher.

Pungent, repelling, frequently noxious—the smells and sights of low-life London in the 1850s come through shudderingly strong. The desolate cold of Barkerville’s northern B.C. winter in the final part of the novel, when (or if) O’Thunder battles with the Devil, is also chillingly evoked.

Yes, it’s movie material. If Mickey Rourke’s agent is looking for a follow-up vehicle to Rourke’s Oscar-nominated performance in The Wrestler, Weir’s rollicking morality tale could easily be re-titled The Boxer.

This is one of those novels that can be re-read. At the very least, go back to that first chapter. You can see how everything has been neatly trundled together and how things apparently random all make sense.
978-1-55365-435-3