We return to being human 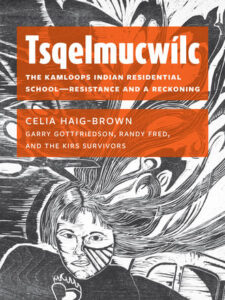 Secwepemc poet, Garry Gottfriedson is a co-author of Tsquelmucwilc: The Kamloops Indian Residential School – Resistance and Reckoning (Arsenal Pulp $22.95), telling the story of those who survived the KIRS. Other co-authors include Celia Haig-Brown, Randy Fred, and KIRS survivors and their children.

In 2021, news of the detection of 215 unmarked graves at the former Kamloops Indian Residential School shocked Canadians. Ground-penetrating radar verified the presence of children as young as three on the grounds of the infamous school. It is now widely known that these children were subjected to physical, mental and sexual abuse while their Indigenous languages and cultures were forbidden and denounced.

The book takes its title from the Secwepemc phrase “Tsquelmucwilc” that loosely translates as “We return to being human.” It is also based on an earlier book, Resistance and Renewal (Vancouver: Tillicum / Pulp Press, 1988 / re-released by Arsenal Pulp, 2014) by Celia Haig-Brown who interviewed 13 former KIRS students who were forced to attend and endure the school.

Tsquelmucwilc includes Haig-Brown’s original text and some of her new material; essays by Gottfriedson and Randy Fred (first publisher of Resistance and Renewal and himself a residential school survivor); and first-hand reminiscences by other KIRS survivors, as well as their children describing intergenerational trauma.

A tragic story in the history of Indigenous peoples of the indignities suffered at the hands of their colonizers, Tsqelmucwilc is equally a tale of Indigenous survival, resilience and courage. 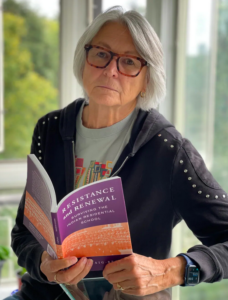 -Celia Haig-Brown won the Roderick Haig-Brown Regional Prize (BC Book Prizes) — named after her father — for Resistance and Renewal: Surviving the Indian Residential School. Her other books include Taking Control: Power and Contradiction and With Good Intentions: Euro-Canadian and Aboriginal Relations in Colonial Canada (both UBC Press). Recently, she has turned to documentary film and has been shown at the Smithsonian Film Festival in New York and the Irving International Film Festival in California.

-Garry Gottfriedson is a Secwepemc poet with ten books to his credit. In 1987, he attended the Naropa Institute in Boulder, Colorado where he studied creative writing under such instructors as Allen Ginsberg and Marianne Faithfull. Currently he is the Secwepemc cultural advisor to Thompson Rivers University. 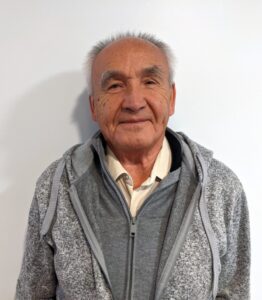 -Randy Fred is an Elder of Tseshaht First Nation who survived nine years at the Alberni Indian Residential School. After a lifelong career in multi-media, he is currently the Nuu-chah-nulth Elder at Vancouver Island University.