Wannabe Beatles of the world, unite

Before Dick Bourgeois-Doyle became the Secretary-General of the National Research Council, he lived in B.C. from 1972 to 1982; briefly studying at SFU, then working with a forest consulting firm and for Lower Mainland radio stations CJVB and CISL as a reporter. 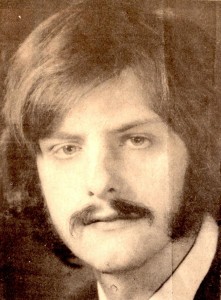 "As the 6th Beatle, I sometimes feel closer to the 5th Beatle, Pete Best, than the slightly distant and aloof 1 through 4," says Dick Bourgeois-Doyle.

And before that, he was the 6th Beatle. Science writer Dick Bourgeois-Doyle explores how Beatles fans keep the band ‘alive’. do to.

I was delighted to learn today that the person whom I regard as the “6th Beatle” is not only alive and active, but is also still intrigued by the stories, the personalities, and the music of the 1960s.

That person would be me.

I merit the “6th Beatle” designation because I am exemplary of the forces that not only felt the Beatles’ power, but also made their enduring profile and success possible. It was me and another 70 million like me sitting on the couch on a Sunday night in February 1964 that made the Beatles’ appearance on the Ed Sullivan Show a record-setting television event and provided the launch pad for the British Invasion.

Later, I directed the same couch-sitting and wanting-to-be-entertained-with-little-effort talents to my approach to music and decided that buying long playing 33 1/3 Beatle albums would be much better than the constant moving, reaching and changing of 45s. This was a big shift and impactful. I can see a direct line between my change in music-buying tastes running across the decades to the invention of CDs and IPods. And, as I sat on the couch, listening to my long playing music, I gave the Beatles’ phenomenon a further boost by regularly and persistently growing my long-running hair.

Finally, my first career ambition revolved around sitting for hours at at time, listening to Beatle records, and talking about music. The sum of my 1960s and early 1970s non-effort was a cultural revolution that buoyed the Beatles’ commercial success and gave them the platform for their own influential on and off stage lives.

So important was my role in the Beatles’ sensation that one might promote me for recognition at the “5th Beatle” ranking. But that stage is already so crowded that I and my unique contributions would risk being lost in the endless contest with the others: Keyboard marvel Billy Preston, Manager Brian Epstein, ultra-roadie and executive Neil Aspinall, super-PR guy Derek Taylor, sad road manager Mal Evans, and tragic early members of the group Stuart Sutcliffe, who died at 21, and Pete Best, who was sacked to make way for Ringo. There are also contenders for status as the “7th Beatle,” “8th Beatle”, and beyond. I saw a few hits on the web for “209th Beatle.” Unlike the short-list of 5th Beatles, these are usually self-designations and very suspect. Not sure why so many people want to be ordinally numbered non-Beatle Beatles. Maybe, it is just another way of associating with their fame, with their success, and with genuine would-be Beatles like me.

But I don’t think it is necessary. I think they should just live their lives as best they can and then look back on how influences like the Beatles and me affected it or did not.

One person who would rather not have his numbered Beatle designation is  Best, the dumped drummer who turns 70 years of age this month (Nov. 2011) and whose birthday has spawned my reflection and awareness. He would, of course, rather be remembered as just a Beatle, and the “5th” thing merely scratches at a hard-to-heal wound. Reviewing his life, I realize that I and my fellow numbered-non-Beatle Beatle Best have a lot in common. He, like me, was not considered to be all that great as a drummer. He led an ordinary life, loved, and later worked as a labourer and a government bureaucrat. He, like me, did not manage to make it on his good looks alone, and, as I just learned, he also spent two weeks moping around his room when the Beatles broke-up.

Of course, in Pete’s case, they were breaking up with him. He would probably still be in his room staring at the ceiling if he had known then what was ahead for the group that was leaving him behind, and I might still be in my room hiding under the bed if I knew what the working world had in store for me.

So, as the 6th Beatle, I sometimes feel closer to the 5th Beatle, Pete Best, than the slightly distant and aloof one 1 through four 4, and maybe you do too. (I would form a Pete Best Fan Club, but one already exists and it appears to be still trying to catch on. Better to check out Best’s own site above.)

You may, indeed, be “the Nth Beatle” because you are willing to read this far in a blog by someone like me, clearly drawn by little more than the simple title and the notion; this makes you at least a potential Wannabe-Beatle.

So, I am dubbing you “the 7th Beatle” and you can rush to post this on Wikipedia in the passive voice along with the phrase “one of several people sometimes referred to as the.”

Maybe, we should get together sometime and exchange autographs – talk about Paul’s new wife, that crazy time in Hamburg, and what we think of Ringo.

Dick Bourgeois-Doyle left B.C. for Ottawa where he worked for various B.C. Members of Parliament in the 1980s. He subsequently became Director of Corporate Governance at the National Research Council of Canada (NRC), having joined the NRC Executive Offices in 1987.

Outside of politics and research, Bourgeois-Doyle has contributed to many books, articles, TV features, and radio programs on science history. He is also the author of Her Daughter the Engineer: The Life of Elsie Gregory MacGill (NRC 2008 9780660198132).