Wake-up and smell the land 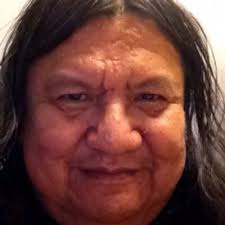 A member of the Neskonlith Indian Band of the Secwepemc Nation based in Kamloops, Arthur Manuel has co-written Unsettling Canada: A National Wake-Up Call (Between the Lines 2015) with Grand Chief Ron Derrickson. Including a foreword by Naomi Klein, Unsettling Canada lays out a plan for a sustainable indigenous economy. Both men have served as chiefs of their bands in the B.C. interior but whereas Derrickson has made his reputation as a Syilx (Okanagan) businessman, Manuel is widely known as a Secwepemc activist intellectual and the son of revered First Nations leader George Manuel.

As a boy, George Manuel attended the Kamloops, St Eugene’s (Cranbrook) and St. Mary’s (Mission) residential schools. As a young man, he served as president of the national Native Youth Association prior to studying at Concordia University (Montreal) and Osgoode Hall Law School (Toronto). Instead of completing law school, he left Ontario and returned to B.C. where he was elected band chief four times (1995–2003) and elected as chair of the Shuswap Nation Tribal Council three times (1997–2003).

He has since participated in the United Nations Permanent Forum on Indigenous Issues since its inception in 2002. Since 2003, he has served as spokesperson for the Indigenous Network on Economies and Trade (INET). According publicity materials, “Working through INET, Manuel succeeded in having the struggle for Aboriginal title and treaty rights injected into international financial institutions, setting important precedents for Aboriginal title and rights in Canada.” Arthur Manuel is also a spokesperson for the Defenders of the Land.