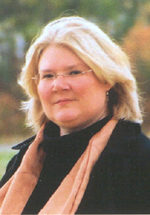 Maggie de Vries’s 28-year-old, adopted, younger sister Sarah vanished from the corner of Princess and Hastings on April 14, 1998 in Vancouver. On August 6, 2002, Vancouver police met with de Vries and gave her the news that a sample of Sarah’s DNA (from a tooth) was found by police on the Port Coquitlam property of Robert Pickton, the accused serial killer of Vancouver prostitutes.

After hope was replaced by grim certainty, de Vries kept searching for the answers as to how and why her sister had disappeared, leading her to write Missing Sarah: A Vancouver Woman Remembers Her Vanished Sister (Penguin 2003), a heart-rending memoir that won the first annual George Ryga Award for Social Awareness in B.C. Literature in 2004 as well as the 13th annual VanCity Book Prize for best book pertaining to women’s issues by a B.C. author.

Maggie de Vries wasn’t finished paying homage to her sister. While repeatedly watching a video of Sarah being interviewed in 1993 for a television program in which Sarah warned about the dangers of being addicted to heroine, de Vries noticed her sister had a small insignia of a Playboy bunny tattooed on her chest. That tattoo gave rise to title of her book Rabbit Ears (HarperCollins 2014), which has won the Sheila A. Egoff Prize for Children’s Literature, as Maggie de Vries explained to the audience at the 31st annual B.C. Book Prizes gala, held in Vancouver on April 25, hosted by Bill Richardson.

Holding an MA in English Literature, Maggie de Vries has taught children’s literature at the University of Guelph and UBC. She has taught ‘Writing for Young Readers’ at Langara College and has written other children’s books such as Once Upon a Golden Apple (Penguin, 1991), Chance and the Butterfly (Orca, 2001) and How Sleep Found Tabitha (Orca, 2002). She has worked with Orca Books as an editor and has coordinated a writers’ group with Vancouver prostitutes. For four months in the fall of 2005, she was the first Writer-in-Residence at the Vancouver Public Library.

For young readers she also wrote about the threatened sturgeon along the Fraser River in Tale of a Great White Fish (Greystone, 2006), followed by Fraser Bear (Greystone, 2010). In the same year she published a novel for young adults, Hunger Journeys, set in World War Two in Amsterdam. Chance and the Butterfly, which was first published by Orca in 2001, was reprinted by Orca in 2011. The young adult novel is about a boy who struggles in school, until his class starts raising butterflies from caterpillars.