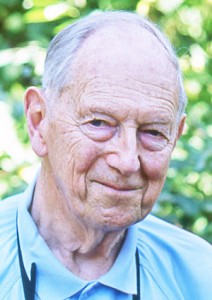 Like two women wearing the same new dress to a wedding, publishers can release books on the same subject at the same time. It doesn’t matter who brought the dress first. The wedding must go forward. Coincidentally, Harbour Publishing has released Ian McTaggart-Cowan: The Legacy of a Pioneering Biologist, Educator and Conservationist, co-edited by R. Wayne Campbell with Ronald D. Jakimchuk and Dennis A. Demarchi, slightly in advance of Penn’s book. Ian McTaggart-Cowan died on April 18, 2010, at the age of 99. The co-written biography from Campbell et al was commenced as a project to mark his hoped-for 100th birthday.

Ian McTaggart-Cowan’s milestones were many: he was the founder of the first Canadian university wildlife department and his early work in Canada’s national parks became the basis for wildlife conservation and environmental education. McTaggart-Cowan addressed issues from climate change to endangered species before these topics were on the public’s radar.

The Real Thing purportedly “takes the reader on an adventurous and inspirational journey through the heart of North American ecology, wilderness, landscape and wonder.” R. Wayne Campbell’s portrait is equally concerned with its subject’s legacy.

McTaggart-Cowan was born in Edinburgh, Scotland on June 25, 1910 and came to Canada in 1913. He taught in the zoology department of UBC from 1945 to 1975, serving as head of the faculty from 1953 to 1964. At UBC, where he became Dean of Graduate Studies from 1964 to 1975, he was a major influence on David Suzuki when Suzuki was a student. McTaggart-Cowan was similarly a scientific forefather for prolific naturalist and bird expert R. Wayne Campbell.

McTaggart-Cowan wrote many books and papers concerning mammals, birds, parasites, diseases and conservation, and he served as an inspiration for David Suzuki’s populist approach to science and environmental activism. His two widely-seen programs on national television in the 1960s, The Living Sea and The Web of Life, prompted Suzuki to subsequently create The Nature of Things.