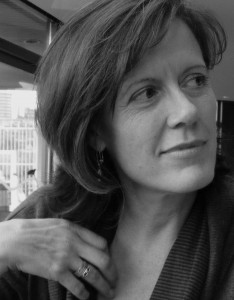 “We live such flammable lives,” writes Miranda Pearson in the title poem for her fourth collection, The Fire Extinguisher (Oolichan $17.95). Again Pearson evokes the struggle to live outside and beyond vulgarity and catastrophe, bravely beholden to glimpses of grace. There are some particularly sublime and subtle poems about human frailty when a body has been invaded by the c-word. Miranda Pearson was born in Kent, England and moved to Canada in 1991 to work as a psychiatric nurse. She received an M.F.A. in creative writing from the University of British Columbia, where she was poetry editor for Prism International. Pearson has taught creative writing at the University of British Columbia and at Simon Fraser University where she has been the poetry mentor at the SFU Writers Studio. Her poems have appeared in numerous literary journals, including The Malahat Review, Event, The Fiddlehead, Grain, Arc, and Prairie Fire. She lives in Vancouver. The Aviary, her second book of poetry, received the Alfred G. Bailey Prize in 2006, awarded by the Writers Federation of New Brunswick. Miranda Pearson has continued to work in the field of community mental health. [Alan Jamieson photo] 978-0-88982-308-2