Troubles in the Broughton

BCBookLook’s Q & A with the author of "Converging Waters: The Beauty and Challenges of the Broughton Archipelago." 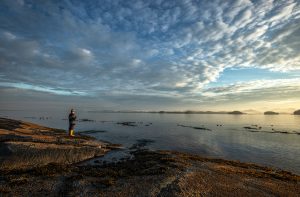 The photos by  Dan Hillert are of classic west coast scenes but author Gwen Curry is hard-hitting about the ugly impact of human activity in this special region off the north coast of Vancouver Island.

Converging Waters: The Beauty and Challenges of the Broughton Archipelago (RMB $40). 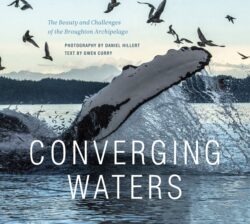 Gwen Curry of Brentwood Bay has collaborated with photographer Dan Hillert to publish Converging Waters: The Beauty and Challenges of the Broughton Archipelago (RMB $40), which explores the northern coast of Vancouver Island on the edge of the Broughton Archipelago, including: Queen Charlotte Strait, Broughton Strait, Cormorant Channel and Blackfish Sound. An area of exceptional natural beauty, there are deep concerns about human activity on the Broughton’s ecology. Gwen Curry dives beneath the surface to investigate the history, people and current sustainability challenges.

Curry’s previous book recorded the history and beauty of the nearest waterway to her home, Tod Inlet: A Healing Place (RMB, 2015), which was shortlisted for a Roderick Haig-Brown regional prize.

BCBL: You use the term “the Broughton” for the Broughton Archipelago. Is it local slang for this geographical area?

Gwen Curry: Yes, this does seem to be the shortened version for the Broughton Archipelago by locals and those familiar with the area such as boaters and kayakers. But, to be more precise the Broughton Archipelago Marine Park is a specific group of islands. The photos in Converging Waters are taken mostly adjacent to this marine park, but islands not included in the park are also considered part of the archipelago. 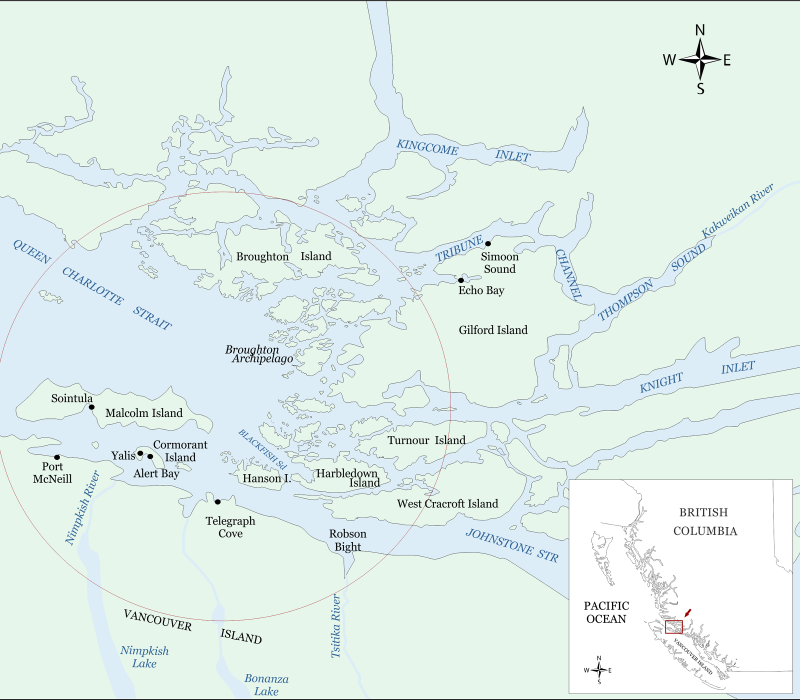 BCBL: Why did you want to write a book about the Broughton Archipelago now? And how did you come to collaborate with photographer Dan Hillert?

GC: Dan Hillert, who lives on Malcolm Island, was planning a new book of photographs of the area. He had self-published two books previously without text. He wanted his next book to include, not only photos, but also inform the reader of the community, history and environmental concerns. I had been travelling to Malcolm Island for a decade to visit my brother and his wife who live in Sointula on Malcolm Island. During these visits I had become acquainted with Dan and his wife. Dan read my book, Tod Inlet, A Healing Place and felt that I could be the person he was looking for. I accepted and he gave me chapter suggestions he thought were pivotal to writing about the area. I went with this template for the most part and added my own environmental sensibilities and research to the project. 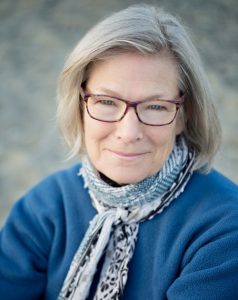 BCBL: You listed a number of issues about the Broughton Archipelago that are concerning. If you had to pick one that bothers you the most, which one would it be and why?

GC: This book, as far as the writing is concerned, builds slowly and increases in tempo to the final chapter on fish farms. Although the forest industry, cruise ship industry, treatment of orcas and whales are all bringing us to a tipping point, there is, in my opinion, nothing more dire than the forty-year occupation of foreign-owned fish farms.  Alexandra Morton’s new book, Not on my Watch (Random House 2021) would be the in-depth book to read on this subject. Converging Waters provides an excellent overview and some lesser-known atrocities as well as the incredible photos of the area by Dan. They are a good pairing. 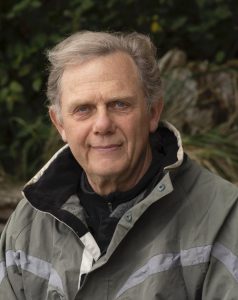 These factory farms are toxic waste dumps of the highest order and have impacted our wild salmon to the point of no return. I mean: no return to even a semi-abundant normalcy of the mid twentieth century. The infection and death of wild Pacific salmon (and other species) through parasites and viruses is coupled with the massive amount of Atlantic salmon escapees who now spawn in our streams and even interbreed with wild Pacific salmon. The antidote is the removal of industrial Atlantic fish farms from the west coast – as we all know.

The federal government and the Department of Fisheries and Oceans has knowingly supported the collapse of our west coast ecology and worked hand in glove with the industry. The provincial government has jurisdiction only over the land base that the fish farms are often attached to. They have not stood up to the fish farm/federal government alliance and instead have passed the baton to First Nations in the form of the United Nations UNDRIP proclamation. 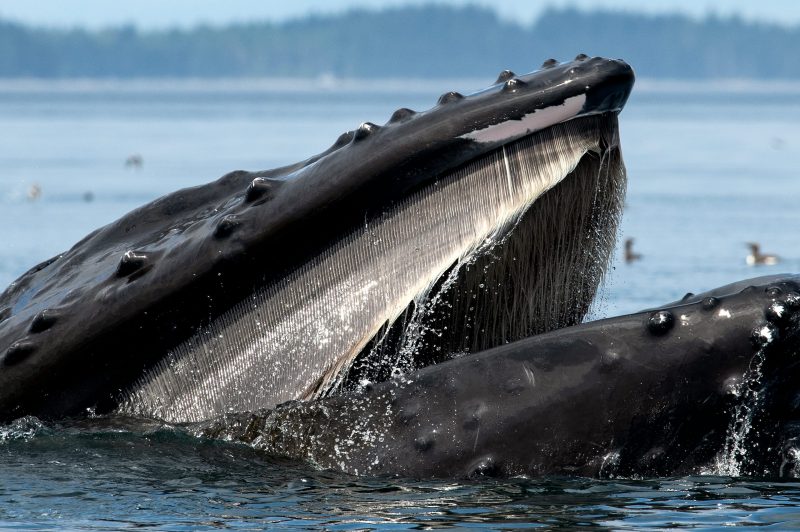 A humpback whale feeding in the Broughton. Photo Dan Hillert.

BCBL: Do you have at least some hope that solutions will be found in a timely manner for the environmental problems in the Broughton?

GC: Everything that may appear hopeful is usually the result of a battle won. The straits of the Broughton were once home to many humpback whales but they were hunted almost to extinction in the early to mid twentieth century. Thirty years ago they began returning and slowly built to a population of about eighty mammals by 2018. Today, almost any marine journey in the Broughton will include the sound of a humpback’s exhaled breath or the slapping of a massive fin on the waters surface as they feed on krill, sand lance and herring. It’s not unusual to catch site of them breaching out of the water, their magnificent bodies appearing to defy gravity.

The sea and its mammals, including dolphins, sea lions, whales and orcas are the main players in this environment. 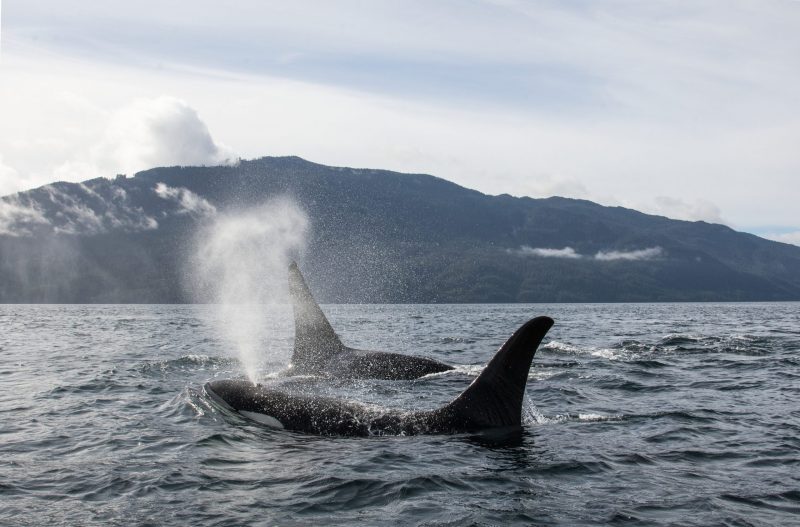 BCBL: Anything else you wish to add?

GC: Although my answers may sound a bit dark, the book is anything but. There is much information, interesting stories and a wealth of stunning photos by Dan Hillert celebrating this still wild archipelago. 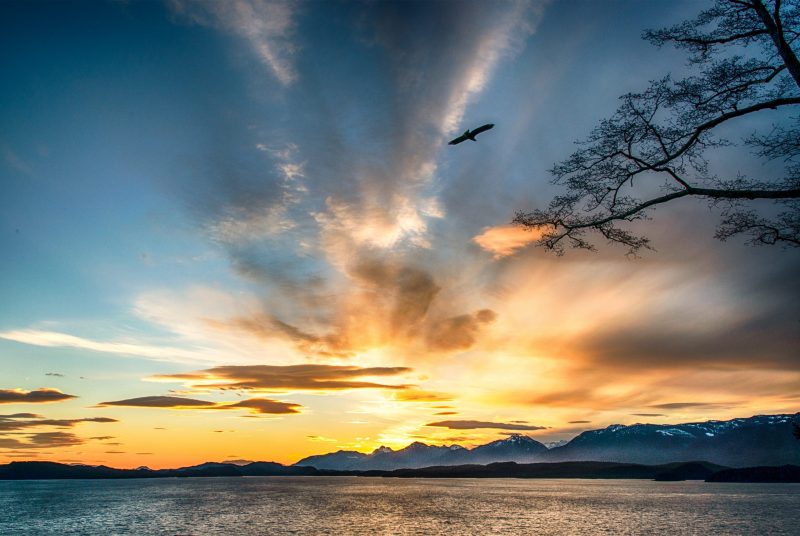 An eagle flying overhead at sunrise. Photo by Dan Hillert.