“Too wise to woo peaceably” 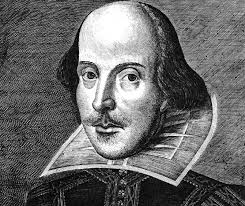 Much Ado is a crowd pleaser. It would score high if Vancouver theatre had an equivalent of Rotten Tomatoes. We smile at the plethora of pratfalls and costumes, two Vespas, a Chaplinesque comic policeman who shuffles like a wind-up doll and designer Pam Johnson’s playful signage. The tomfoolery of this cleverly-conceived, faux Italiano version of Much Ado would certainly give folks plenty to talk about the following day at the water cooler if water coolers still existed. John Murphy’s directorial conceit—transforming war-threatened Messina to the stylish film world of Fellini’s La Dolce Vita around 1960—undeniably kept the opening night audience amused for this long-ish play about a couple “too wise to woo peaceably.”

An outstanding performance by Amber Lewis as Beatrice is easily the highlight. She is the only character who projects emotion on stage when she’s not speaking. She is a presence, a force. We care about her fate.

During one of his two supporting roles, David M. Adams gives one of the most pleasing performances of his long career when he cavorts and croons his way through one of this show’s two forays into musical numbers in Italian. Likewise, subordinate Chris Cochrane deserves credit for rising to the occasion with the priest’s long and difficult speech suggesting everyone must fake the death of an unfairly vilified maiden, Hero. With the sleeves of his sweater tied around neck, Ian Butcher ably simulates the cocky self-assurance of movie mogul/director Don Pedro.

Trouble is, with this story transplanted to the artifice of a movie set, Andrew Wheeler as Leonato never gets to take control of the stage in the first act as the presiding patriarch. Rather than generating the impression that everyone is housed in kingpin Leonata’s villa in Messina, the props give every indication that we’re in a movie studio in Rome. By the time Leonato has to assert himself in the second act, his credibility as a blustering powerhouse has been undermined by the comic façade.

Most of the acting is about as Italian as Williams Lake. Kevin MacDonald as Benedick is no Marcello Vincenzo Domenico Mastroianni. From a distance, he looks and moves more like Rob Lowe. Benedick’s nemesis/soul mate Beatrice is a shrew with a brain, a handful-and-a-half, and the audience understands from the moment she appears that it’s going to take a manly man to unlace her bodice. As this show has been directed, MacDonald is instead at his best when he’s alone, eavesdropping as a comedian, wearing a wig, playing it for laughs.

Nasty machinations ensure that the virginal sub-heroine Hero is accused of cheating on her betrothed suitor Claudio on the night before their marriage. Some productions prefer to show the artifice that generates her downfall. But here the dark side of this play is given short shrift. A nervous and self-involved performance by Parmiss Sehat as Hero doesn’t help. We never care about her witless romance with Claudio who is portrayed by the ardent, promising newcomer Julien Galipeau. (If Claudio’s Italian song sung to Hero’s corpse is dead on arrival, well, that’s bound to happen when you ask someone to sing with emotion in a language he doesn’t speak. At least we believe he is someone who is capable of falling in love.)

Why on earth was Benedick wearing those white sneakers during that crucial scene? Panache is one thing; but it’s worthless without some heart.

And from the get go, why don’t we get any sense that the tempestuous banter between Benedick and Beatrice derives from their previous relationship when he was a cad? Beatrice’s scornful attitude is not born of caprice. She is a survivalist who won’t play the fool. If anything comes close to a feminist perspective from Shakespeare, it’s Much Ado. Beatrice is determined to give as much as she gets. Fatherless, she has bravado. The convention of marriage is not for her because she understands sexual politics and she is appalled by the contrivances of romance. Amber Lewis understands this; the production less so.

It’s easy to suggest Bard on the Beach is more about putting on a show rather than generating great theatre. And no doubt more than a few wags in Shakespeare’s time must have made the same claim. So see this show; have a laugh or three; tell others to come. But when the director takes centre stage with a premise, and when there is relatively little attention paid to the text, one can argue the cast is playing second fiddle to a concept. One of the difficulties of staging Much Ado About Nothing is that the main couple gets precious little time together alone. Yes, the audience is delightfully distracted by the star-crossed pair on their Vespas, but the novelty of those scooters distracts the audience from a crucial conversation. If there is no heartfelt romance between Beatrice and Benedick, and similarly there is no chemistry between the subsidiary pairing of Hero and Claudia, it amounts to much ado about nothing.