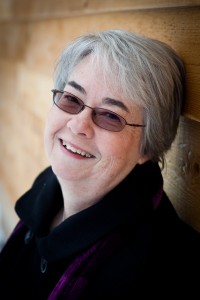 An admirer of the writing of Ivan Coyote and Jack Whyte, Lin Weich of Quesnel is a retired teacher who has lived in England and Africa. She received her Bachelor of Education from the University of Victoria and taught in various urban and rural schools in Nova Scotia, New Brunswick and British Columbia. “Writing has taken me by surprise and consumes my days,” she says. Her first self-published thriller, Strength of an Eagle, was inspired by the disappearances of women along the ‘Highway of Tears’ and the drug smuggling problems in Northern B.C. A young sea kayaking guide named Maya battles for her freedom after she is discovered in the wilderness by members of a drug cartel who force her to cook and clean in a fish camp, enduring beatings.

Half-Truths, Total Lies, her second novel, is a story of murder and blackmail in a rural school. It was followed by Alone. According to publicity materials: “Anna and Sam Lindholm, desperate to protect their daughter Mary from unrelenting bullies, give up on mainstream society and follow their dream of becoming self-sufficient. They purchase a rundown, remote homestead on Canada’s Wild West coast.” Mary and her sister Sara struggle with the transition. Meanwhile, the get-rich schemes of Karl Thorenson, the son of the homestead’s previous owner, run him afoul of mobsters so he returns to the old homestead hoping to unearth a cache of buried money.

All of Weich’s novels are downloadable from Amazon or available via her website.