The tribulations of Brenda Joe

"Through Different Eyes" is Charleson's story about three women in a small First Nation village, one a pregnant teen, although she also develops striking portraits of several men. 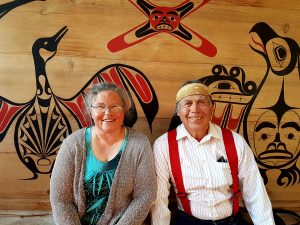 Reviewer Paul Headrick says this debut novel is in the tradition of stories that are set in small rural settlements while also telling profound, broadly resonant tales.

Through Different Eyes
by Karen Charleson

[Recently featured on the cover of B.C. BookWorld, Through Different Eyes is the sort of novel that will likely be overlooked in Toronto. It’s published from Winnipeg, it concerns life at the northern end of Vancouver Island in a bygone decade of the 1980s; and its author is not a hobnobber from UBC Creative Writing. The characters are nonetheless memorable and the action is rooted in a keenly-felt awareness of how small, indigenous communities depend on women to weave and maintain the social fabric of responsibililty and mutual aid. “The small village of Kitsum,” according to novelist/reviewer Paul Headrick, “is a vivid, complicated literary creation.” – Ed.] 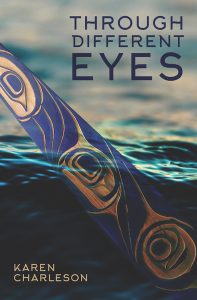 Through Different Eyes focuses on three women living in Kitsum, a remote First Nations fishing village on Vancouver Island’s west coast. Lonely sixteen-year-old Brenda Joe longs to fit in with the cool girls at high school; Brenda’s aunt Monica returns to Kitsum from Vancouver with plans to start a new life, and Nona, an elderly neighbour of the Joe family, observes what’s going on in the house next door, contemplates the changes in her world and tries to preserve her own place in it. The narrative shifts from one character’s perspective to another, unfolding “through different eyes” to provide a compelling story about family and community.

Brenda, socially isolated at high school, makes her bid to elevate her social status by pursuing an older man, Michael. She succeeds in having sex with him, but he’s not really interested in her, and the relationship ends more-or-less before it starts. Brenda soon discovers that she is pregnant, Michael refuses further contact, and the drama begins.

Brenda’s situation is a familiar one, though what the novel makes of it is not. As Brenda’s family and community react to her pregnancy, the novel shows how our problems and the ways we respond to them are connected to the stories we’re able to tell about ourselves. The story Brenda tells begins as a self-destructive romantic fantasy. She’s vulnerable to it because the more challenging and richer stories of her community, and even those of the culture represented by the distant high school she attends, have become unavailable to her. 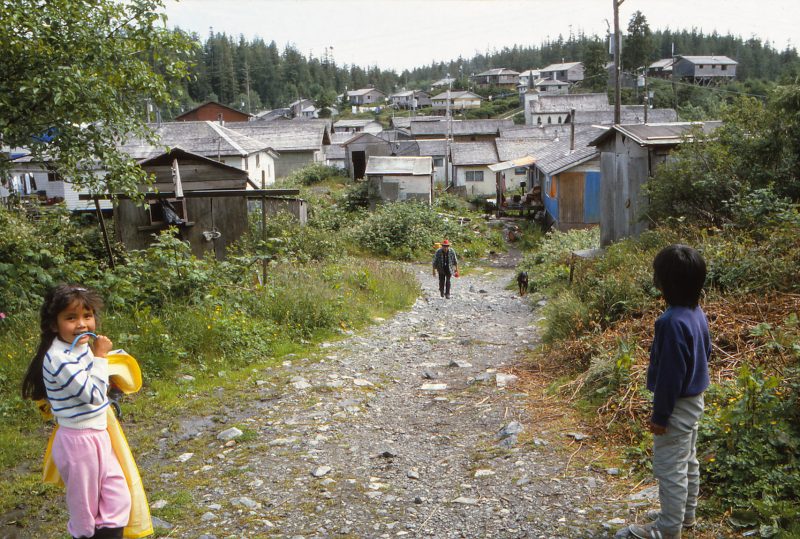 A 1980s First Nations village (Ahousat) on Vancouver Island, which could be a model for Kitsum. Philip Hall photo.

Monica and Nona are both in the process of creating new stories for themselves. By returning to Kitsum, leaving a relationship with a manipulative white man and a dull job with Indian Affairs, Monica rejects the falseness in the narrative that sees her as a model of success. Nona, at a much later stage of life, begins to question the tale she has created, in which she is rigidly bound to her community.

Nona gets less narrative attention than the other two women, but she is crucial to the novel. She keeps close watch as the Joe family’s troubles multiply, especially when Monica makes a decision that leaves Brenda feeling terribly betrayed, and she acts as a moral centre. She explains to Charlie, her son, that in watching over her neighbours she’s not just prying into the lives of others, because she’s connected to the Joe family through Brenda’s father, Martin:

Nona had told Charlie many times as he was growing up that her neighbor was her close relative, and therefore, their close relative. Martin’s father and her mother had the same grandmother. They were that close. It was only proper for Nona to keep an eye on her own family. Charlie did not really grasp that part.

Nona’s sense of obligation to the Joes might at first be read as mere self-serving justification for nosiness, but we learn that her motivation is in fact genuine concern. Her feeling of connection to the Joes emphasizes the novel’s interest in the duties and responsibilities that tie the people of the village together.

Some serious problems confront the Joe family and the entire community, including Brenda’s pregnancy, but also infidelity, alcoholism, old scandals, and terrible grudges. The strains created by the racism of the greater world also inevitably impinge on the village, despite its protective remoteness. The novel never sensationalizes these problems, and never falls into stereotype. The characters don’t become examples of social ills or demonstrations of injustice, but remain motivated by convincing, individual psychologies. 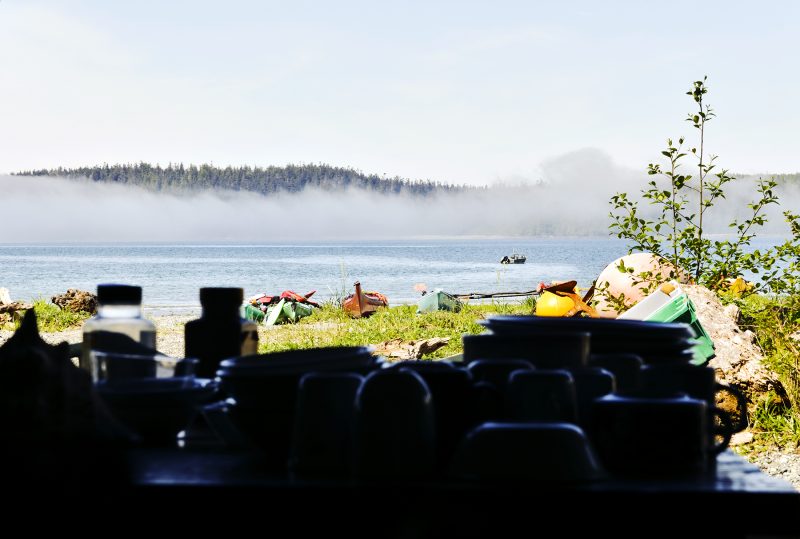 The shifts in perspective, from sixteen-year-old Brenda, to the mature, seemingly confident but troubled Aunt Monica, to Nona, the reflective elder, are deftly handled. Each character’s habits of thought, their subtle feelings about themselves and their places in the world, reflect their different ages and experiences. Brenda is especially compelling as she struggles toward maturity. She shows her greatest wisdom when she decides to change her story and hold on to her girlhood a while longer, despite just having become a mother. It’s one of the most moving moments of the novel.

While the novel remains focused on the three women who control the narrative, it develops striking portraits of several men. Michael, the father of Brenda’s child, might seem at first to be only the cliché of masculine selfishness, but as we learn more of him and his struggling family, he wins a complicated sympathy, even admiration. Brenda’s father, Martin, like most of the men of Kitsum a fisherman, battles old ghosts of his own while trying to help his daughter. The love shared by Martin and his wife, Ruby, is challenged by history but, as Nona helps us to see, it’s a powerful force.

In the early sections of the novel, we get too much summary and too few scenes that allow us to see the characters in action. The quality of the prose is also an unfortunate weakness in what is an otherwise impressive work. Sometimes the voice lapses into tired phrasing: one character is another’s “constant companion;” waiting is “sheer torment.” At other times the sentence structure becomes awkwardly formal: Monica “could relegate that which she was unsure about back to a Vancouver that felt very far away;” and “In spite of being short, Ruby and Brenda maintained a stature that even taller people could not emulate.”

As the story develops, the problem with excessive summary diminishes. The novel progresses over about a year, and the changing seasons are an important, understated backdrop to events. The natural world moves into the foreground, however, when spring arrives and with it the harvesting of kwukmis — herring eggs. The kwukmis draw everyone to the harbour in a celebration of their history and their deep connection to their place, but in order to celebrate, people must face each other. The gathering operates as a turning point in the novel, with the characters measuring the significance of their individual problems against the pull of community.

The small village of Kitsum is a vivid, complicated literary creation. It places Through Different Eyes in the wonderful tradition of novels that are set in small rural settlements while telling profound, broadly resonant tales. Many readers will hope that Karen Charleson will return to the setting in subsequent work. There are clearly other eyes through which many stories remain to be told here. 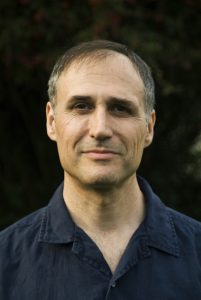 Paul Headrick is the author of a novel, That Tune Clutches My Heart (Gaspereau Press, 2008; finalist for the BC Book Prize for Fiction), and a collection of short stories, The Doctrine of Affections (Freehand Books, 2010); finalist for the Alberta Book Award for Trade Fiction). He has also published a textbook, A Method for Writing Essays about Literature (Thomas Nelson, 2009; 3rd edition 2016). Paul has an M.A. in Creative Writing and a Ph.D. in English Literature. He taught creative writing for many years at Langara College and gave workshops at writers’ festivals from Denman Island to San Miguel de Allende, Mexico. Recently he was a mentor for the graduate fiction workshop in The Writer’s Studio at SFU.