#237 The sawmill and the river

The men in Patrick Lane’s novel never seem to sleep at night. They prowl; they lurk; they watch. The river passing by their camp is their siren. It can be clear or murky, quench thirst or awaken it, but it can’t be stopped.

The forest around Lane’s fictional shabby sawmill community is full of paths. “Buddha told us the path each of us walk is our own,” Wang Po reminds young Joel at the beginning of the book.

It’s 1960 in a remote sawmill community in BC’s interior, four hours from Kamloops. Run down and almost derelict, the old mill is in its death throes; it’s being run into the ground deliberately by its Plant Manager, Claude Harper, who says this is the company’s intention.

This is where you go when there’s nowhere else to go. Harper, who was a major in WW II, has offered his old war buddy, Art Kenning, a job here as the First Aid man. Kenning remembers Harper from even further back, when he had to stop Harper from abusing a young woman in an East Vancouver alley. Later they went to an opium den.

Art Kenning has been home from the war for 14 years. He can’t put horrific memories behind him. He witnessed evil and now he’s tormented by one time when he did nothing to oppose it. Now he’s barely holding on, seeking oblivion in any way he can get it – in a bottle, in a needle, or inhaling it.

The camp cook, Wang Po, has his own demons. He joins the First Aid man in evenings of opium and liquor. Each tell stories they don’t know how to finish. His war was different, perhaps even more brutal. He recalls the second Sino Japanese War and the ‘Rape of Nanjing’ in 1930. The slaughter of his parents, the rapes, the vicious killings. It has driven him to this remote refuge in the forest.

Runaway Joel Crozier works at the mill largely because his father was planning to marry him off to a neighbouring girl in order to eventually inherit more land for the family. Joel ran away. Harper plucked him from the back of a boxcar, nearly frozen to death, at Kenning’s urging, and he was nursed by back to health by Kenning, Wang Po and the foreman’s wife, Molly Samuels.

Joel is a young man caught between two strong forces: his sexual attraction for the hill farmer’s daughter, Myrna Turfoot, and his fascination with the young indigenous 14-year-old Alice, who has been bought for $50 from a residential school in order to help out at the store. Alice is kept locked up in a shed every night, either to keep her from running away or from being raped by the men, or maybe both.

This is not an entirely imagined world. 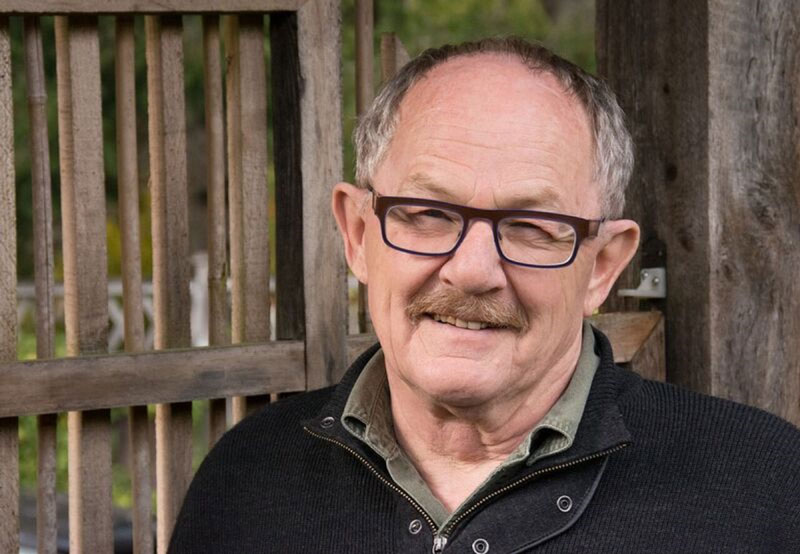 Patrick Lane, invested into the Order of Canada in 2014, was born in 1939 in the Kootenay mountain town of Sheep Creek, near Nelson, and grew up in the B.C. Interior, primarily in Vernon. His father, an ex-miner, had moved to the dry Interior because he was suffering from silicosis. Lane had to leave school to work as a labourer, fruit picker and truck driver when his girlfriend became pregnant. He later became a first aid man in sawmills because it paid an additional l5 cents per hour. In the company town of Avola, with 150 people, he sometimes dealt with grisly injuries. He dreamed of making his living as a pool player.

“Instead of making $1.50 an hour I made a $1.65,” he has recalled. “That meant I could buy one case of beer a month. I’d pretend to get whacko drunk on that one case of beer, then I’d wait twenty-nine days until I could do it again.”

Deep River Night takes place in just 48 hours. From the very start you feel the maelstrom building around you, gathering force and darkness. This isn’t a pretty story but no one reads Lane for ‘pretty’. You just know that this is a storm coming and it’s going to up-end the landscape.

In this violent, bleak and always unpredictable world, no one seems safe. The would-be rapist, Harper, has been given the keys to the shed imprisoning Alice. And he’s not the last person who should be granted access. There’s also the lusting Ernie Reiner.

Fears and intrigue abound. Joel has to escape the cruelty and sadism of a millworker who keeps bear skulls over his bunk as trophies. Kenning knows something dreadful has happened in the camp and that McAllister, one of the most powerful and dangerous men on the site, is involved. He has been haunted by his failure to confront evil during the war, so, surely, he must act this time to avoid further guilt.

Why does the boy, Emerson Turfoot, feel he needs to carry a switchblade everywhere? In this frontier, where most women lead twilight lives in secluded trailers and shacks, abuse is commonplace and nobody’s business.

The sensitive and artistic Wang Po has finally taken up his drawing again, something he has not done since Nanjing. He was inspired to do so by watching a spider building his web outside the window, a dream catcher. He also finds strength in his beliefs and in his dreams of bringing a wife over from China.

The hill farmer’s daughter, Myrna, and her whole Turfoot family are a hint of better things to come for Crozier. Myrna’s mother is wise, an ‘old soul,’ and the father is understanding and helpful. Myrna’s brother, Emerson, will soon be like a younger brother to Crozier. If anything, he will put that switchblade to use in protecting him, so it seems he has stumbled unto something that could sustain him. So, there is also loyalty, friendship, and honour in this jagged landscape.

Deep River Night presents a moody, unpredictable and non-urban world fraught with danger and beauty, like the river, beyond control. It’s fiction—but only for those who haven’t lived it.

Patrick Lane’s 25 volumes of poetry have garnered him numerous awards including the Governor General’s Award for Poetry, the Canadian Authors Association Award and the Lieutenant Governor’s Award for Literary Excellence. Lane has also written essays, short stories, a memoir and a previous novel, Red Dog, Red Dog, (2008), a finalist for the Ethel Wilson Fiction Prize and the Amazon.ca/Books in Canada First Novel Award.