The Talonbooks author with three hats 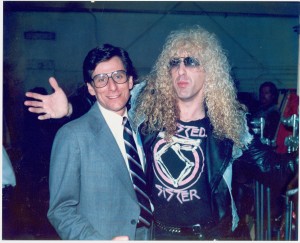 Now Jerry Wasserman is getting his due.

At the 2015 Jessie Richardson Theatre Awards held in Vancouver, Jerry Wasserman received the 2015 Greater Vancouver Professional Theatre Alliance (GVPTA) Career Achievement Award for a body of work that has made major contributions to the theatre community in Vancouver. In 2011, Wasserman received the Sam Payne Award from the Union of B.C. Performers which recognizes “humanity, artistic integrity and encouragement of new talent.”

Jerry Wasserman  was a longtime theatre critic for CBC Radio’s Afternoon Show before switching to print reviews for The Province. More importantly, Jerry Wasserman is the instigator and overseer of Vancouverplays.com, a public service reference site about Vancouver theatre, now into its twelfth year, written and edited by Wasserman, and designed, maintained and updated by Linda Fenton Malloy, a freelance web artist based in Vancouver.

Wasserman, also a professor of English and Theatre at UBC since 1972, subsequently became head of the university’s Theatre and Film department.

Somehow, along the way, he has managed to accumulate 200-plus acting credits that have included many of Vancouver’s professional stages and multiple roles on TV programs such as X-Files and Smallville.

Offstage he has also edited Twenty Years at Play: A New Play Centre Anthology (1990). When the New Play Centre’s artistic director Paul Mears took over from Pamela Hawthorn, he sought ways to celebrate and publicize the 20th anniversary of the organization, whereupon Wasserman suggested putting together 20 Years at Play, the first regional anthology of plays in Canada. Wasserman had appeared in the NPC’s production of Tom Walmsley’s The Working Man in 1975. Wasserman had a lead role as a cop in a production of Facts at the Jericho Arts Centre in 2014. “By about 1980, partly because I was also working in Vancouver theatres as an actor, often in new Canadian plays, I found myself teaching mostly drama courses and eventually creating a course on Canadian drama,” he has said. “That led to my decision to put together an anthology of modern Canadian plays, partly to save money for my students but mainly because it seemed time to recognize this lively artistic activity in print. Turns out a couple of other academics had the same idea: in 1984-85 three Canadian drama anthologies were published. But my Modern Canadian Plays is the only one that has remained in print, going through five editions in order to stay current, and expanding from 12 to 31 plays. It’s pretty cool that it has now been in print for 30 years, which may be a record for any Canadian literary anthology.”

Wasserman has a B.A. (Adelphi), M.A. (Chicago) and Ph.D. (Cornell). As an academic he specializes in modern drama and theatre history with particular interests in Canadian, American and modern British theatre as well as blues music and blues literature. With Sherrill Grace of UBC’s English department he has co-edited Theatre and AutoBiography: Writing and Performing Lives in Theory and Practice (Talonbooks 2006). In 2006 he also edited the 400th anniversary edition of arguably the first North American play, Marc Lescarbot’s Theatre of Neptune in New France, as Spectacle of Empire (Talonbooks $21.95), with the original French script, two modern translations and an extensive historical and critical introduction.

He grew up in New York City and suburbs, started college majoring in Engineering and ended up with a Ph.D. in English, specializing in 20th century literature and dramatic literature. He came to UBC in 1972 to teach modern British literature, with an emphasis on fiction, and his early publications were almost all on novelists: Conrad, Lawrence, Woolf, Huxley, Ellison, as well as Beckett, Rabelais and Shakespeare. Theatre and AutoBiography: Writing and Performing Lives in Theory and Practice (Talon, 2006). Co-edited with Sherill Grace.