Rudi Vrba escaped from the notorious Nazi concentration camp in 1944 and wrote about its mass murders. His report was the first to be taken seriously by the Western Allies. 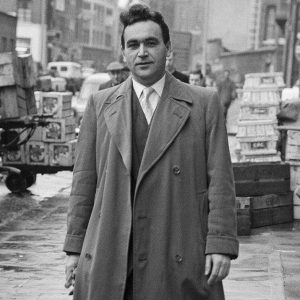 Rudi Vrba after World War II, before he immigrated to Canada in 1967.

According to the Auschwitz Museum, as many as 196 prisoners can be said to have escaped from Auschwitz-Birkenau and its various confines (out of 928 attempts), but Vrba lived much of his life believing he was one of just five who succeeded. Far more importantly, “Rudi” Vrba was the main author of the most authoritative report on the true nature of the concentration camps.

Before Vrba, less convincing reports had been rendered by Kazmierz Halon (after he’d escaped in February of 1943) and by Witold Pilecki, Jan Redzei and Edward Ciesielski (after their escape in April of 1943). Vrba’s escape and what he told the authorities is the subject of a new movie and a chapter in an upcoming book.

“Rudi” Vrba was the main author of the first authoritative report on the true nature of the concentration camps as well as the first reportage of mass murder to be accepted as credible by the Allies. Rudi Vrba called Vancouver home for the last thirty-one years of his life. He will also be featured as the lead profile in my 20th book, due later this year, Out of Hiding: The Holocaust Literature of British Columbia. 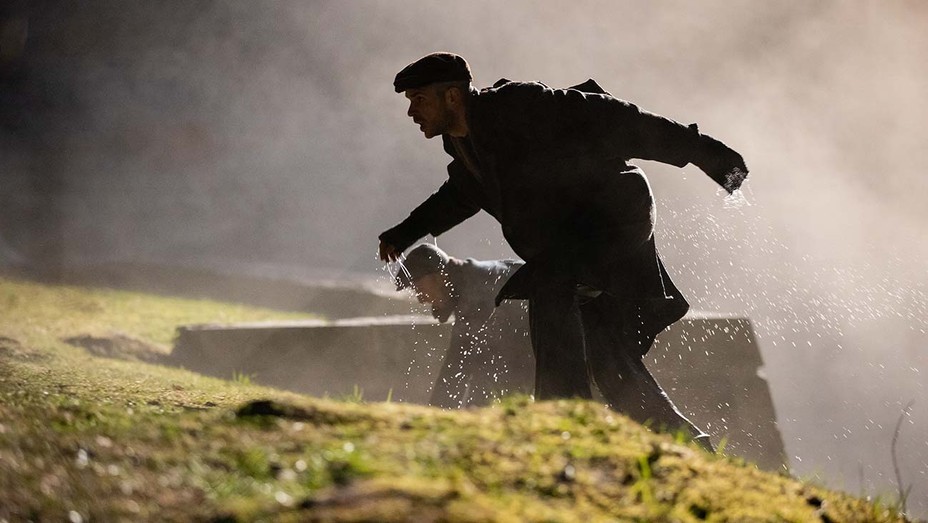 In conversation in 2001, Rudi Vrba described to me how he and Alfred Wetzler became only the second and third persons to successfully escape from Auschwitz-Birkenau. On Passover Eve, April 7, 1944, they hid inside a woodpile, in a previously prepared chamber, for three days and nights, using kerosene-soaked tobacco spread around the woodpile to keep guard dogs from sniffing them out and alerting search parties. The pair fled overland towards Slovakia after the SS cordon around the camp was withdrawn on April 11. 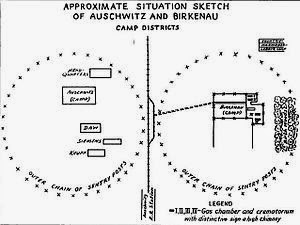 After a perilous, eleven-day journey, both men reached Bratislava in Slovakia where they were taken into separate rooms at the headquarters of the Jewish community. They dictated separate reports that resulted in the Report on Auschwitz death camps, dated April 25th, 1944, in Zilina, Slovakia. This report became known in the historiography of the Holocaust as the “Vrba-Wetzler Report” or “Auschwitz Protocols.” It describes the geography of the Auschwitz camp, the methodology of the gas chambers and a history of events in Auschwitz since April 1942.

The first Auschwitz prisoner to escape, Siegfried Lederer, had fled on April 5, 1944, in the company of a Nazi corporal named Viktor Pestek who had fallen in love with a Jewish woman in the camp. Pestek was able to get a Nazi uniform for Lederer who subsequently alerted Jews in the Theresienstadt ghetto in Czechoslovakia about how the Nazis were mass murdering Jews. Vrba and Wetzler escaped only six days after Lederer, so, essentially, they were alerting Jewish authorities around the same time, but Vrba and Wetzler had developed a system for corroborating their reports and so their estimates were harder to dismiss. The following month, two more Jews, Cslaw Morowitz and Arnost Rosin, escaped from Auschwitz on May 27, 1944. 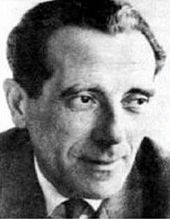 Having worked as slave labourers, sorting the belongings of gassed victims of the Holocaust, Vrba and Wetzler had been carefully counting the incoming trains between June, 1942 and April, 1944. As block registrars with relative freedom of movement, Vrba (born Walter Rosenberg, a Slovakian Jew) and Wetzler also had been able to observe preparations underway at Birkenau for the eradication of Europe’s last remaining Jewish community, the 800,000 Jews of Hungary. In their 32-page Vrba-Wetzler Report, they forewarned of Nazi preparations to kill those Hungarian Jews at the Birkenau compound. Vrba also chiefly wrote a report that was given to the Papal Nuncio in Slovakia, then forwarded to the Vatican. The Vrba-Wetzler Report II not only attempted to rationally estimate the scale of mass murder at Auschwitz, it also described methodology. As such, it’s one of the most important documents of the 20th century. Copies are kept in the Franklin D. Roosevelt Library in New York, in the Vatican archives and at the Yad Vashem memorial in Jerusalem.

By the end of June, 1944, the Vrba-Wetzler Report had reached the governments of the Allies, but it was hardly soon enough. Estimates vary as to exactly how many prisoners were killed in the combined work camp/death camp of Auschwitz-Birkenau, but it is clear there are more than in any other death camp. For the rest of his life, Vrba would claim that some Jewish leaders, most notably Hungarian-born Yisrael (Rudolph) Kastner (1906-1957), had failed to promptly and adequately alert the Jews of eastern Europe as to the dangers of extermination, thereby resulting in the deaths of thousands who might have been spared. 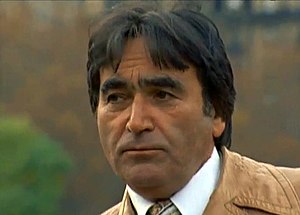 Vrba’s reportage and expert witness testimonials from 1944 to 2006, when he died in Vancouver, made him one of the most essential individuals of the twentieth century. He was featured in numerous documentary films, most notably Shoah directed by Claude Lanzmann (Paris 1985), as well Genocide (in the “World at War” series) directed by Jeremy lsaacs (BBC, London, 1973), Auschwitz and the Allies directed by Rex Bloomstein, in collaboration with Martin Gilbert (BBC, London, 1982) and Witness to Auschwitz directed by Robert Taylor (CBC, Toronto, 1990).

Vrba also appeared as a witness for various investigations and trials, such as the Frankfurt Auschwitz trial of 1964. In Canada, he was called upon to provide testimony at the seven-week trial of Ontario’s Ernst Zundel in 1985, when Zundel was found guilty of misleading the public as a Holocaust denier. In 2001, the Czech Republic’s annual One World International Human Rights Film Festival established a film award in his name.

According to his curriculum vitae, Rudolf Vrba was born as Walter Rosenberg in Topolcany, Czechoslovakia in 1924 as the son of Elias Rosenberg (owner of a steam saw-mill in Jaklovce near Margecany in Slovakia), and Helena (nee Grunfeldova) of Zbehy, Slovakia. At the age of fifteen he was excluded from the High School (Gymnasium) of Bratislava under the so-called “Slovak State’s” version of the Nuremberg anti-Jewish laws. He worked as a labourer in Trnava until 1942. In March 1942 he was arrested for being Jewish, and on June 14th, 1942, he was deported first to the Maidanek concentration camp. He was transferred to Auschwitz on June 30, 1942.

As Prisoner # 44070 for almost two years, he mainly worked in Birkenau, in the so-called “Canada” warehouse where suitcases and other belongings of those taken away to the gas chambers were sorted. After escaping and contacting Jewish authorities, Walter Rosenberg joined the Czechoslovak Partisan Units in September of 1944 and adopted Rudolf Vrba as a nom de guerre. He fought until the end of the war in a unit commanded by Milan Uher (“Hero of the Slovak National Uprising in Memoriam”) and was decorated with the Czechoslovak Medal for Bravery, the Order of Slovak National Insurrection and Order of Meritorious Fighter. He subsequently legalized his name to Rudolf Vrba and became a citizen of Great Britain.

Vrba graduated in chemistry and biochemistry from the Prague Technical University in 1951 and obtained a post-graduate degree from the Czechoslovak Academy of Science in 1956. After five years of research at Charles University Medical School in Prague until 1958, he worked for two years as a biochemist at the Ministry of Agriculture in Israel. He then became a member of the Research Staff of the British Medical Research Council in London (1960-1967). When Vrba immigrated to Canada in 1967 and became Associate of the Medical Research Council of Canada, he began to use Rudi as his common first name. He worked for two years (1973-1975) in the United States as a Lecturer and Research Fellow at Harvard Medical School before joining the medical faculty at the University of British Columbia in 1976 as associate professor of pharmacology. Specializing in the chemistry of the brain, Vrba published more than fifty original scientific papers and also undertook research pertaining to cancer and diabetes.

Rudolf Vrba was invited to make a rare public appearance in Vancouver as a guest speaker at the 16th annual BC Book Prizes awards banquet in 2001; otherwise, he was rarely cited as a B.C. author. 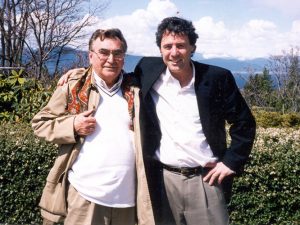 The last time I saw Rudy Vrba, we met for coffee on West Broadway. He seemed fine, jovial, fatherly. We discussed our mutual friend, Stephen Vizinczey, and he left me with some parting advice: ‘Whenever something bad happens, something upsetting or irritating, like locking your keys inside your car, or somebody steals your bicycle, stop and ask yourself, ‘Am I going to remember this a year from now?’ The anxiety will subside.'” Quite simply, Rudi Vrba knew things other people didn’t know.

Rudi Vrba died of cancer in Vancouver on March 27, 2006 at age 81, predeceased by his elder daughter, Dr. Helena Vrbova, and survived by his first wife, Gerta Vrbova, his second wife, Robin Vrba, his daughter, Zuza Vrbova Jackson and two grandchildren. Vrba’s papers were gifted by Robin Vrba to the Franklin D. Roosevelt President Library and Museum in New York. Efforts were made to have Rudi Vrba buried in the oldest Jewish cemetery on the B.C. mainland, part of Mountain View Cemetery in Vancouver, but his family ultimately made arrangements for his burial in a little-visited cemetery on the outskirts of the city.

As an author, Vrba most significantly published a memoir, I Escaped from Auschwitz (2002) and I Cannot Forgive (1963), with Alan Bestic, that has been translated worldwide. The first Hebrew edition of Vrba’s memoir was not published until 1988. He concludes his recollections with this statement: “It is of evil to assent to evil actively or passively, as an instrument, as an observer, or as a victim. Under certain circumstances even ignorance is evil.”

THIS ARTICLE IS AN EXCERPT FROM ALAN TWIGG’S FORTHCOMING BOOK, OUT OF HIDING: HOLOCAUST LITERATURE OF BRITISH COLUMBIA (RONSDALE PRESS).