The making of Making Room

“a woman must have money and a room of her own if she is to write….” - Virginia Woolf 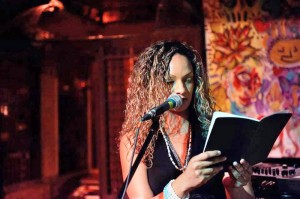 In 1998, Room of Owns Own was renamed Room. Current editor is Chelene Knight (above).

Since 1975 the feminist publication Room has spawned conversations and literature for, by and about the women of B.C. One Response to “The making of Making Room”