The ‘Florence Nightingale’ of equines 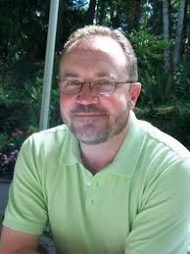 Grant Hayter-Menzies, author of books about the unsung and extraordinary – mostly women – is set to release his latest in November: Dorothy Brooke and the Fight to Save the Lost War Horses of Cairo (Potomac Books – U. of Nebraska Press 2017). The story recounts the heroics of an English general’s wife to help old and retired equines that had been used during wartime. Dorothy Brooke (1883 – 1955) discovered and rescued elderly and abused former war horses and army mules abandoned in Egypt following the end of World War I. She set up a veterinary hospital in a slum area of Cairo in 1934, working there until her death in 1955. The hospital continues today and has spawned free clinics for vet care working with equines in eleven developing nations. Endorsees for the book include animal rights activist Dr. Temple Grandin and actress Joanna Lumley.

Hayter-Menzies has also written about President Jimmy Carter’s mother Lillian Carter; the Manchu-American author, feminist and personality, Princess Der Ling; Billie Burke, who was a famous stage personality before she played Glinda the Good Witch of the North in “The Wizard of Oz,” as well as being the wife of Florenz Ziegfeld, Jr.; and others. He has worked extensively with playwright William Luce, providing original verse for his musical-biography The Divine Orlando (based on the life of the 16th century composer Orlando di Lasso), produced off Broadway in 1988; translations of German poetry for his 1991 Broadway play, Lucifer’s Child; and translations of Rimbaud for his play Nijinsky, which premiered in Tokyo in January 2000. Dorothy Brooke in Cairo, Egypt with grooms and several patients outside the Old War Horse Memorial Hospital (now Brooke Hospital for Animals, in about 1935.