The boys in the van 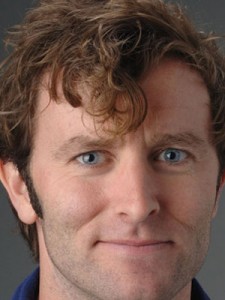 As a pop music aficionado, Grant Lawrence must have known before he decided to publish his memoir of being lead singer for his widely-travelled, never widely-touted rock band, The Smugglers, that he had some hard acts to follow. Having co-founded the Hard Rock Miners in 1987, Michael Turner had already set the bar high with Hard Core Logo (Arsenal), later made into a movie. John Armstrong’s Guilty Of Everything (New Star, 2001) was shortlisted for a B.C. Book Prize for recalling his exploits as Buck Cherry in Vancouver’s old-school punk scene with The Modernettes. And Lawrence would have been aware of the shadow cast by DOA frontman Joe Keithley’s memoir I, Shithead (Arsenal 2004), now into its third printing. The good news is Lawrence’s reworking of his tour diaries for Dirty Windshields: The Best and Worst of the Smugglers Tour Diaries (D&M $26.95) contains some of the best and funniest writing you’re going to find just about anywhere. Of course, there’s no shortage of dismal circumstances and raucous tomfoolery, but Lawrence’s description of the band’s arrival in Los Angeles during the aftermath of race riots, in response to the acquittal of police for beating Rodney King, is riveting. “Los Angeles reeked. The stench was disturbing combination of exhaust fumes, campfire smoke and burning plastic…” This book cannot be dismissed as a self-indulgent paean to boy-band glory days; it’s a finely edited, very smart and wholesome On The Road. Okay, so Jack Kerouac didn’t come home to his doting Mom and Dad, but Lawrence has his own style, his own adventures. Even if The Smugglers were mediocre at best, the writing deserves a chorus of praise. 978-1-77162-148-9