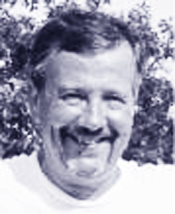 Remembered by many in the B.C. book trade as an affable bookseller for the Duthie Books chain, Philip Thane McLennan died suddenly at 68 while cycling with friends on the Sunshine Coast near Halfmoon Bay on their annual Easter trip. He was struck by heart failure, not a vehicle. Thane was born in Sackville, NB, the son of Philip and Laura McLennan, and leaves behind a large extended family of cousins, aunts and uncles in Atlantic Canada. Thane is survived by his brothers David, John and Donald McLennan; nieces Carol, Jennifer, Malina and Zoe; and nephew Mark. Thane attended Queen’s University and graduated in engineering in 1969. See more at: http://www.legacy.com/obituaries/theprovince/obituary.aspx?n=philip-thane-mclennan&pid=174603269#sthash.B0AAUglw.dpuf