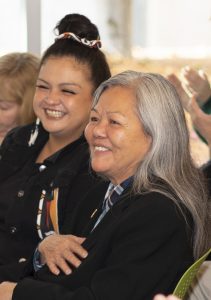 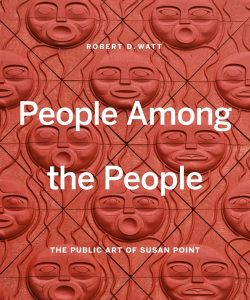 Robert D. Watt’s book with and about Susan Point, People Among the People: The Public Art of Susan Point (Figure 1/ UBC Museum of Anthropology, $50) has won the 2019 City of Vancouver Book Award.

Watt tells the story of each piece of the Coast Salish artist’s public art, ranging from her cast iron manhole covers in Vancouver, to cast bronze faces in Whistler, to massive carved cedar portals in Stanley Park, to moulded polymer murals in Seattle. Watt conducted interviews for the stories and he had extensive access to Susan Point’s archives to describe the evolution of her public artworks. Often, he cites Point’s own words.

Susan Point has been credited with reviving the traditional Coast Salish art style, once almost lost due to the impact of colonization. Now, the aesthetics of peoples living around the Salish Sea can be seen around the world, often in modern materials that Point has embraced, but also in the works of a new generation of artists she has inspired. 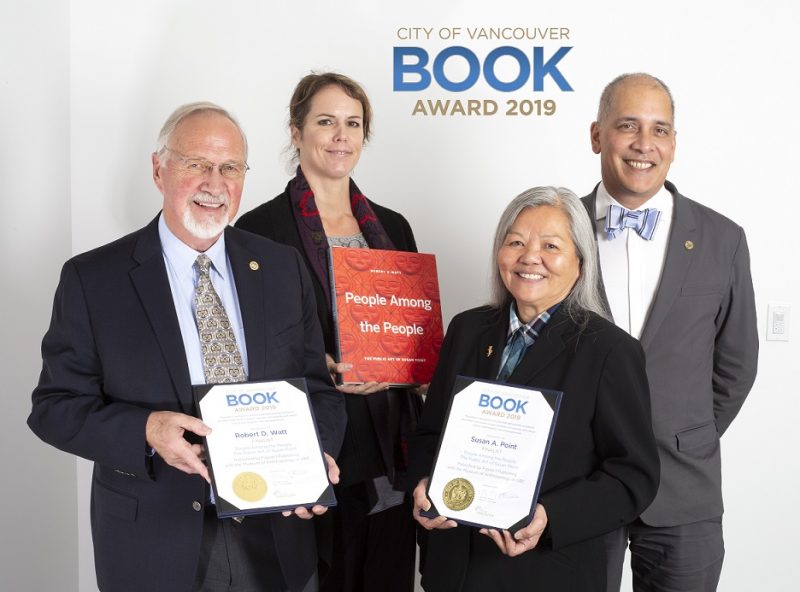 At the award ceremony held October 19 at the Central Vancouver Public Library’s recently opened 9th floor public area, with views over a rooftop garden designed by the landscape architect Cornelia Oberlander, Watt recalled the days before Susan Point’s renaissance started. He worked at the Vancouver Centennial Museum (now the Vancouver Museum) as curator of history and was looking for artwork that represented the local Coast Salish. Watt asked his secretary, who was from the Musqueam First Nation, if she knew anyone.

“I have a niece who draws,” she told Watt. That was Watt’s introduction to Susan Point, who was not at all well-known at this time. She has since become a major Canadian artist, known around the world.

In her long quest to re-establish a Coast Salish footprint in Southwest British Columbia and the Pacific Northwest of the U.S., Point has received many honours, including the Order of Canada, a Queen Elizabeth II Diamond Jubilee Medal and the Audain Lifetime Achievement Award; and honorary doctorates in Fine Arts from UBC, SFU, the University of Victoria and Emily Carr University of Art and Design.

The other Vancouver Book Award finalists for 2019, are: Philip Huynh for The Forbidden Purple City (Goose Lane), Eve Lazarus for Murder by Milkshake: An Astonishing True Story of Adultery, Arsenic and a Charismatic Killer (Arsenal Pulp), Susin Nielsen for No Fixed Address (Tundra) and Shazia Hafiz Ramji for Port of Being (Invisible Publishing).

Christie Lee Charles, Vancouver’s Poet Laureate (2018 – 2021), gave a traditional Musqueam welcome to open the event, which was emceed by Sandra Singh, the City of Vancouver’s general manager of arts, culture and community services. Vancouver Public Library’s chief librarian, Christina de Castell moderated a round of discussions from each author about their shortlisted book. 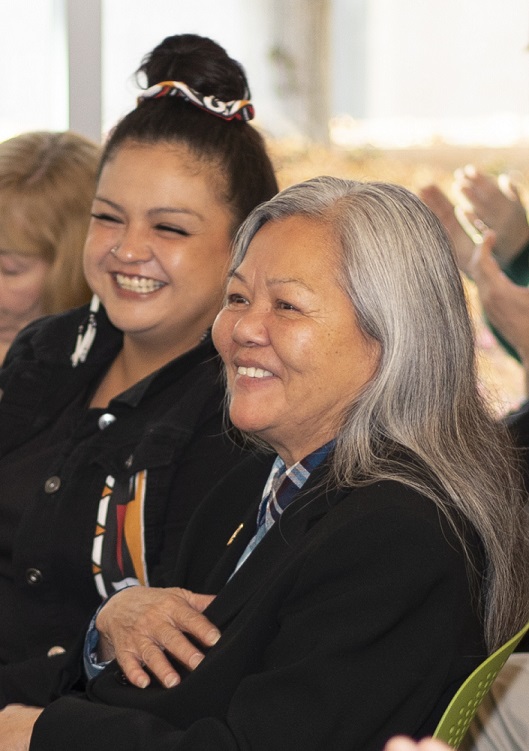