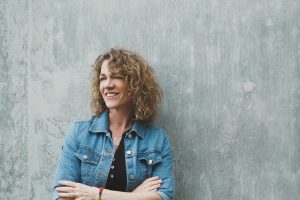 Robin Stevenson is the author of more than 25 books for kids and teens published in ten countries.

Stevenson says she wants her title, My Body My Choice to generate discussion about abortions and to de-stigmatize these medical procedures.

Victoria-based Robin Stevenson has won the 2020 Sheila A. Egoff Children’s Literature Prize for My Body My Choice: The Fight for Abortion Rights (Orca $19.95).

This nonfiction book for young adults, ages 12 – 18, is about reproductive justice in the United States and Canada. Stevenson says that in writing this book, she hoped to generate discussion about the topic and to de-stigmatize abortions.

Making abortion illegal or hard to access doesn’t make it any less common; it just makes it dangerous. Around the world, tens of thousands of women die from unsafe abortions every year.

My Body My Choice provides an historical context to the criminalization of abortion and contraception in the U.S. and links it directly to racism and white supremacy. This is followed by an overview of the fight for legal abortion in both the U.S. and Canada and the ongoing challenges to abortion access. Stevenson also covers other topics such as racial justice, trans inclusion and concerns of the disability rights community.

Each chapter has information about activists with young people featured in the last chapter. Throughout, the text is animated with photos, cartoons and sidebar quotes.

Stevenson is the author of more than 25 books for kids and teens. Her title, Inferno (Orca 2009) was shortlisted for the Sheila A. Egoff Prize in 2010. Her writing has been translated into a number of languages and published in more than ten countries. She writes both fiction and non-fiction, for toddlers through teens. 978-1-4598-1712-8

Other BC & Yukon Book Prizes winners this year include many from B.C. publishers (this reverses a trend that has evolved over the last ten years or so whereby books published from out of the province tended to dominate the winner’s circle):