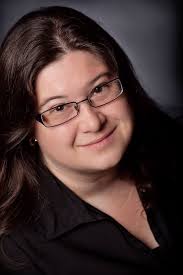 In Claire McCague’s first book of the Rosetta Series, The Rosetta Man (EDGE, 2016), the squirrel-loving Estlin Hume is adopted by two aliens to act as their translator on Earth. In the second installment, The Rosetta Mind (EDGE $19.95), Estlin Hume is now surrounded by many aliens, as well as soldiers, spies bureaucrats and … a horde of affectionate squirrels. The latter is nothing new. But now there’s a giant saltwater tank full of cuttlefish suspended above his house! WTF. Estlin’s unique ability to translate for a pair of newly arrived aliens has brought the first contact crisis to his doorstep in rural Alberta. Unfortunately, the aliens have silently climbed the nearest tree, leaving him to contend with the cuttlefish, as well as ill-advised directives from government and military officials, and random acts of violence from unknown nefarious agents—all of whom are determined to find out for themselves what the aliens really want. No matter the cost! McCague holds a doctorate in chemistry, works in the high tech industry, and her plays have been have been featured in festivals across Canada. She lives in Delta and Sechelt. 9781770532137