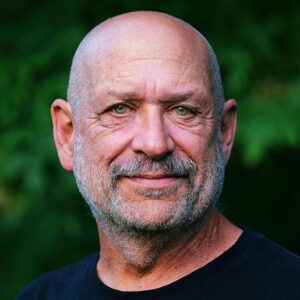 Poet and translator, Peter Levitt of Salt Spring Island says that after three years of “diligent and truly joyous work,” Yin Mountain: The Immortal Poetry of Three Daoist Women (Shambhala Publications $18) translated from the Chinese of the Tang Dynasty more than 1200 years ago, will be published this December. Levitt’s co-translator was Rebecca Nie. His previous poetry translation was The Complete Cold Mountain: Poems of the Legendary Hermit Hanshan (Shambhala, 2018). In 2013 he co-edited The Essential Dogen, Writings of the Great Zen Master (Shambhala). Levitt’s last collection of poetry, Within Within (Black Moss, 2008) was described by fellow poet, Robert Hilles as work that displayed “a fervor and depth of observation rare except in the very best poets.” Born in New York City, Levitt came to Canada in 2000. He was formerly an MFA faculty member (poetry) for Antioch University and is now the guiding teacher of the Salt Spring Zen Circle. Rebecca Nie serves as the Buddhist Chaplain-Affiliate at Stanford University. 9781645471127