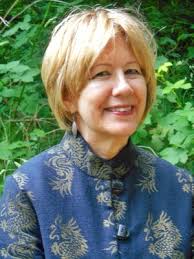 Haiku specialist and author of five collections of poetry as well as five chapbooks of haiku poetry, Terry Ann Carter has edited deep breath: a book of haiku evolutions (Leaf Press $12) with contributions from celebrated haiku poets from around the world. George Swede, cofounder of Haiku Canada and former editor of Frogpond says of the book: “The nature of a poem to which we give birth is unpredictable. Once in a while, it emerges perfectly formed and functional and can go out into the world with no doctoring. More often, it has the steady glow of life, but needs corrective surgery… Most likely, however, it sparks briefly then flutters out and no effort will resuscitate its flicker. You’ll find examples of all three births inside – and more.” Carter has given haiku workshops around the world and participated in the Basho Festival in Japan. She is president of Haiku Canada and a community fellow at the Centre for Study of Religion and Society at U of Vic where she is examining the Zen Buddhist influence on English language haiku poetry. 978-1-988811-00-0