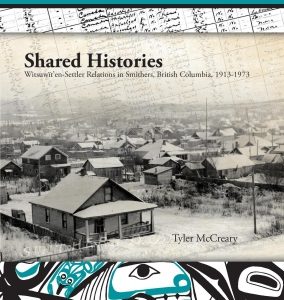 The BC Lieutenant Governor’s Medal for historical writing and $2,500 has been awarded to Tyler McCreary for Shared Histories: Witsuwit’en-Settler Relations in Smithers, British Columbia, 1913 – 1973, from Creekstone Press in Smithers.

Smithers arose from a swamp beneath a mountain. Initially the non-Indigenous residents of the town in northwestern B.C. largely excluded the surrounding Witsuwit’en population.

As a third-generation native of Smithers, who now works as an assistant professor in the Department of Geography at Florida State University, Tyler McCreary orchestrated interviews with more than fifty Witsuwit’en and non-indigenous families for Shared Histories: Witsuwit’en – Settler Relations in Smithers BC 1913 – 1973 (Creekstone $24.95).

To celebrate this publication, the community of Witset (formerly Moricetown) and the Liksilyu clan organized a 34 km. Walk to Witset and a feast hosting more than 400 guests (over 50% non-Indigenous).

Ut’akhgit Henry Alfred, the last living Witsuwit’en plaintiff in the Delgamuukw – Gisdaywa court case, hosted the feast, attending in spite of illness, and died soon after. 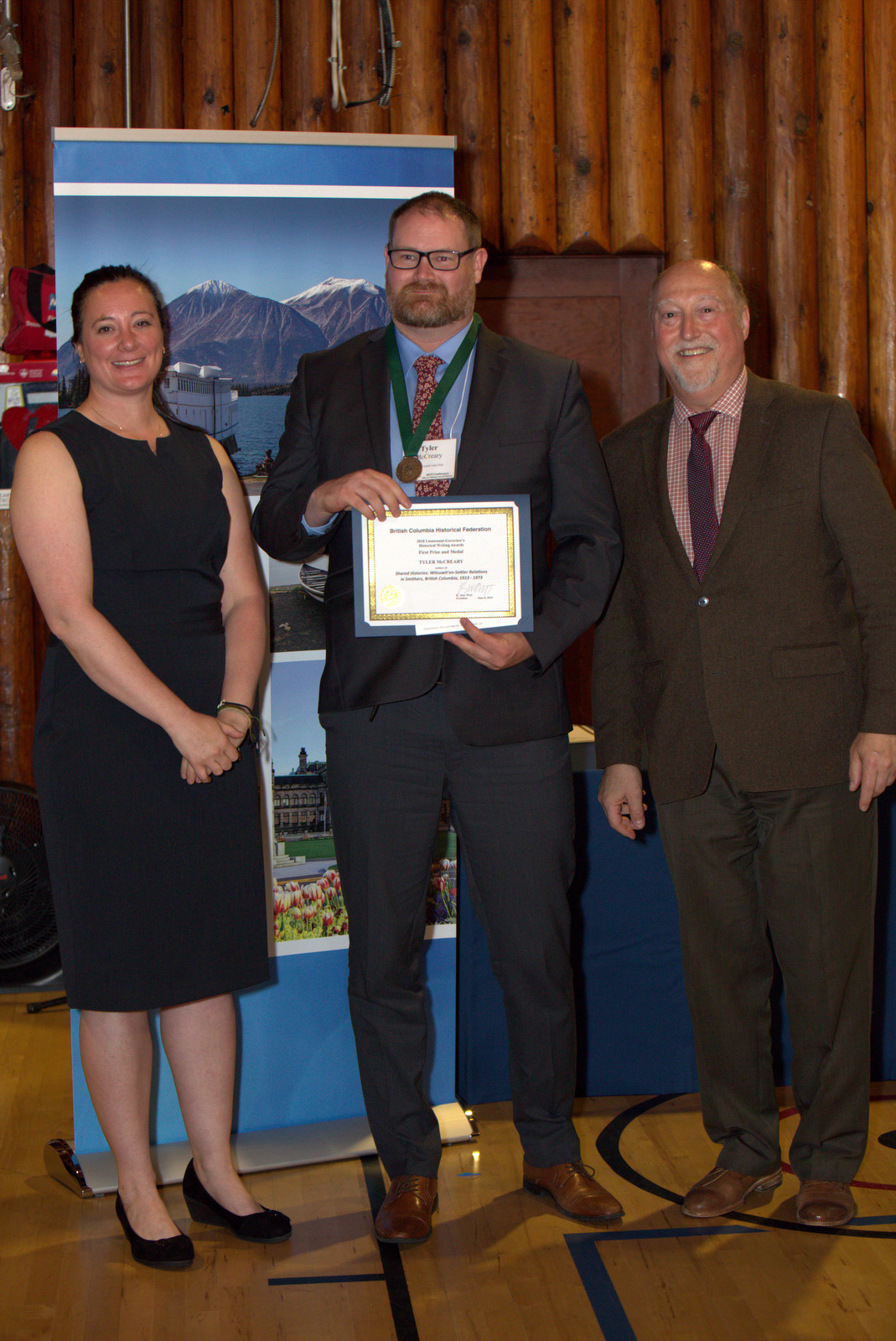 “This book is part of a process to acknowledge the historic contributions of Witsuwit’en people to building the town,” says McCreary, “and the forms of discrimination that they endured.”

The competition’s prizes were awarded on Saturday, June 8, 2019 at the Book Awards Gala at the Native Sons Hall in Courtenay, BC as part of the BCHF Annual Conference. Congratulations to all the winners. 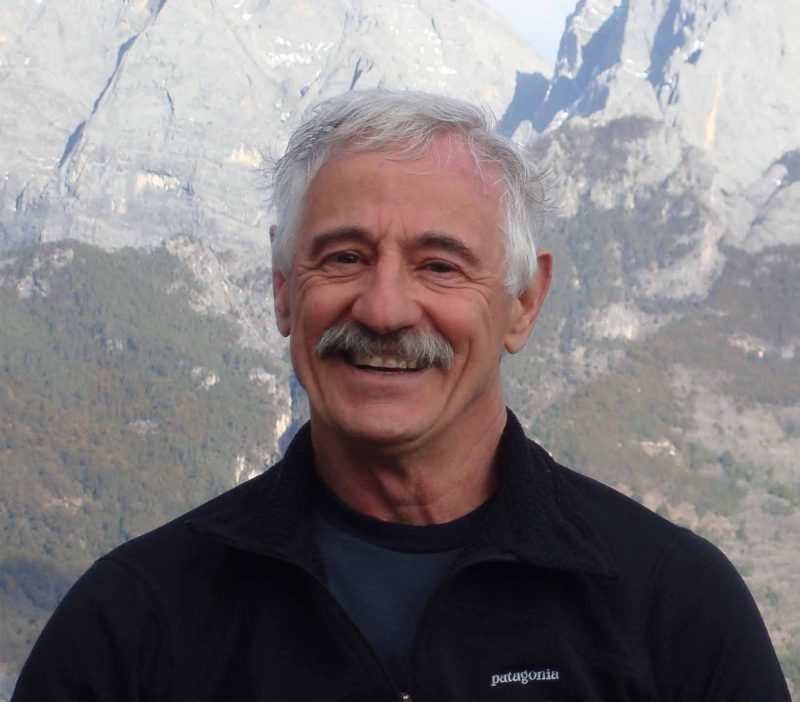 Second prize for $1500 went to Ken Mather (above) for Trail North: The Okanagan Trail of 1858-68 and its Origins in British Columbia and Washington, from Heritage House Publishing. Focusing on one of BC’s oldest transportation routes that today links Brewster, WA, to Kamloops, BC, Trail North chronicles the tumultuous years when the route was dominated by American drovers moving cattle, freight, and American culture into Canada, and the impact of this wave on BC’s development.

All three of these books have been received by The Ormsby Review.

See review of Shared Histories below.

Chow, Lily, Blossoms in the Gold Mountains: Chinese Settlements in the Fraser Canyon and the Okanagan, Caitlin Press

Reimer, Chad, Before We Lost the Lake: A Natural and Human History of Sumas Valley, Caitlin Press 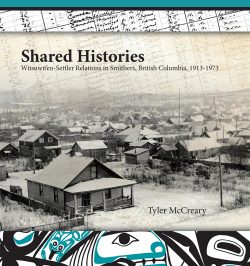 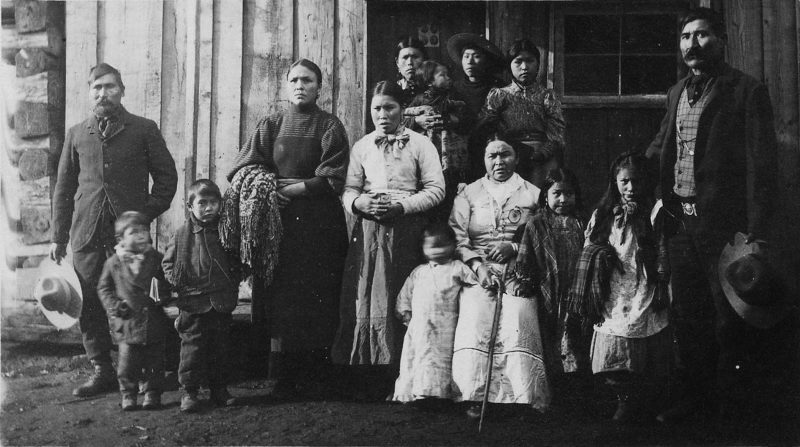 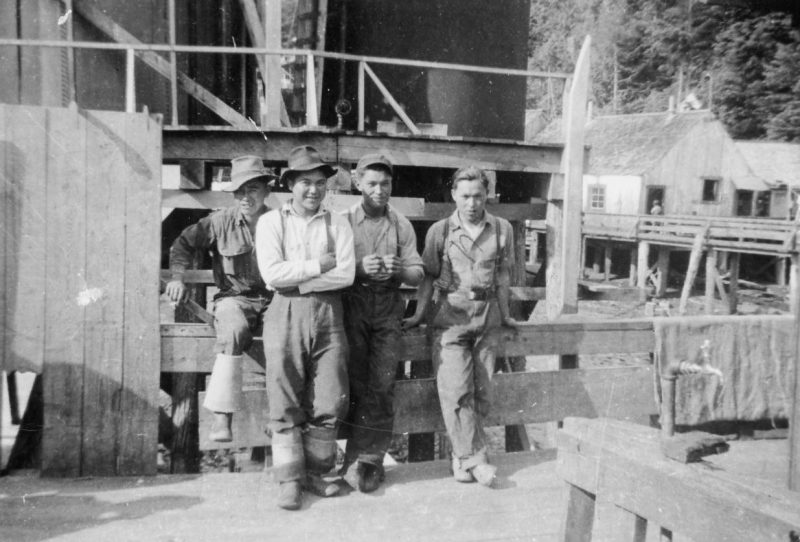 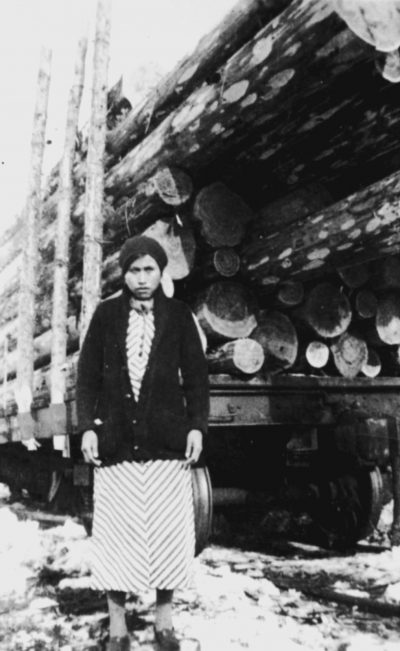 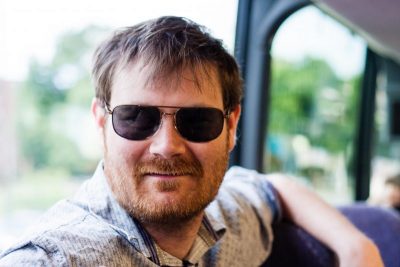 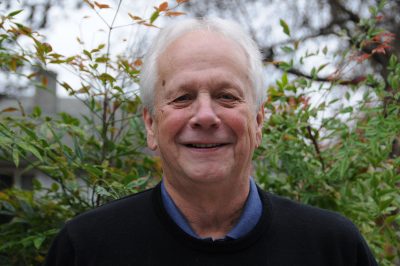