Sister to the rescue 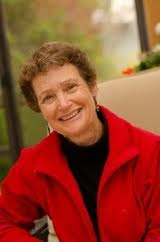 After Dayle Campbell Gaetz’ 2013 novel, Taking the Reins, won a Moonbeam Gold Award for historical fiction, she will follow it up next spring with Disappearing Act (Orca $9.95), the first in her projected Rapid Reads series about a rookie private investigator, Leena O’Neil, who, at age twenty, decided she definitely didn’t want to follow in the footsteps of her mother and her older sister Georgia and become a lawyer. Three years later her sister has asked for her help because Georgia believes her husband is going to try and kill–rather than go through with a divorce. After Leena agrees to investigate, aided by some on-line courses in criminology, Georgia’s husband, Mark, is murdered. Dayle Campbell Gaetz grew up in Victoria and graduated from UVic. She worked as a draftsperson for B.C. Tel and in 1981 moved to Salt Spring Island with her husband and two young children. Her writing career was launched in 1986 with a picture book. More recently she has produced a series of teen adventure novels that feature a trio of youthful detectives, Sheila, Rusty and Katie. She has now published more than twenty titles. 9781459808225