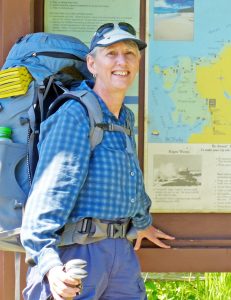 Since 2004, the annual George Ryga Award has been presented to a B.C. writer who has achieved an outstanding degree of social awareness in a new book published in the preceding calendar year.

This year’s winning title is Passion & Persistence: Fifty Years of the Sierra Club in British Columbia (Harbour 2019) by Diane Pinch, an appreciation of the West Coast environmental organization founded in 1969. It predates Greenpeace, founded in 1971. Greenpeace was also predated by the Don’t Make a Wave Committee (1969-1972).

Pinch joined the Sierra Club in 1975.

The Ryga shortlist also included an inspiring biography of the early B.C. Aboriginal rights activist James Teit; a graphic novel about one of Canada’s biggest labour strikes; a biography of a First Nation elder and orator who played a lead role in the Delgamuukw case; and a collection of fictional short stories about the immigrant experiences of modern Vietnamese Canadians.

Diane Pinch will receive $2500 for the award.

Due to COVID-19 virus concerns, a public reception at the Vancouver Public Library to celebrate the George Ryga Award has been postponed until further notice.