Shadows in our sunshine

A new collection of stories from the Sunshine Coast includes a tribute to one of B.C.'s most venerable authors.

Author, poet and publisher Howard White lives and works on the Sunshine Coast.

Howard White’s Here on the Coast: Reflections from the Rainbelt culminates with a sketch about Hubert Evans, who lived in Robert’s Creek in 1928 following overseas service in WWI. 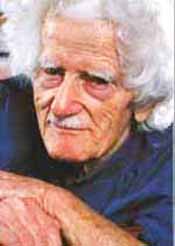 Sometimes I think about the people I have known on the Sunshine Coast, and try to imagine which one I’d pick if I was given the job of selecting one to be on our flag or serve as our human mascot the way the little finger-in-the-dyke boy does in Holland, or the Broken-note-bugler does for Kracov. There is such a tempting bouquet of characters to choose from—but today I am thinking of one of my absolute favourites, Hubert Evans.

Hubert moved to Roberts Creek in 1928, following overseas service in WWI and stints as a newspaperman in Nelson and New Westminster. He was launched on a career that seemed to be pointing straight up—meaning straight to Toronto—when he suddenly pulled the plug and moved his young family to a bare piece of land on what was then a very isolated part of the BC Coast. In the local history book, Remembering Roberts Creek, he wrote about the epiphany that turned his career around and made him a coast lifer:

In April 1927 a young couple seeking a less hurried life-style than they had found in cities visited Roberts Creek. During a stroll they stopped to watch an elderly man fastening claws to the end of a long cedar pole he had shaped.

“For hooking up mussels, the big ones down low on the wharf piles,” the man explained.

Three unhurried days to catch a cod! Then and there the couple knew their search had ended.

I think it wasn’t just the leisure aspect of this vision of coastal life that appealed to Hubert but the artfulness. He delighted in mastering practical detail, in getting things like catching codfish right, and of reducing the hurly-burly of modern life to simple concrete tasks. He beachcombed the logs that he used to make the lumber for his sturdy clapboard cottage, which still stands. When latter-day visitors stooped to admire his edge-grain fir flooring, he would describe how it came from a fine fir peeler he spotted drifting by one day and towed to Roberts’ mill with his rowboat, his delight at the find—and at the self-sufficiency afforded by coastal life in those days–undiminished by the sixty seasons that had passed.

Upon first arriving, Hubert supported the family by writing stories for pulp magazines but when the dirty thirties dried up markets he was forced to turn fisherman. He entered the trade like a lot of hard-up breadwinners in those days—by dragging a single hand line behind his rowboat. There were enough fish then you could make a dollar or two on a good day, and failing that you could always hook something to eat. There was a considerable fleet of handliners chasing coho over at Poor Man’s Rock and he set about learning the fine points of the fishing trade in his usual workmanlike way.

One result was an elegant double-ended trolling skiff, which he lovingly crafted with his own hands during the off-season. It was such a fine example of the type it is now the pride of the Sunshine Coast Museum in Gibsons, testament to a time when even successful professionals were forced to roll up their sleeves and support their families with the labour of their own hands. 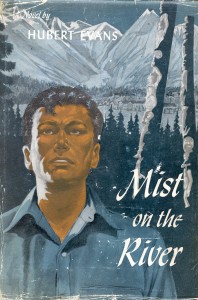 Hubert was one of those who thought the Great Depression had taught his generation an essential lesson about getting back to basics and also about the need for humane values in government, lessons he felt we are in danger of losing the more those hard times fade into memory. During WW II Hubert did his part by writing thoughtful stories designed to make people think beyond the jingoism of the time. One fine example was a serialized novella called “No More Islands” which examined the internment of the Japanese-Canadian residents of a coastal community recognizable as our own Sunshine Coast. The story still sizzles, not only because of its vivid description of the unnecessary cruelty visited upon local pioneers of Japanese descent, but also because of its evocation of the 9/11-like hysteria that incited many of their non-Japanese neighbours to support such treatment.

Hubert’s undeniable masterpiece was his novel Mist on the River, based on a stint he did as an aid worker among Gitksan-Wetsuwet’en villages on the Skeena during the 1950s. It has a place in literary history as the first Canadian novel to depict First Nations realistically as central characters, and is still relevant enough that a group of Indigenous Nations filmmakers recently obtained rights to develop it as a feature film.

CanLit icon Margaret Laurence called Hubert “the elder of our tribe” and visited the coast to help SFU award him an honorary doctorate, the only time the university had seen fit to award a doctorate in a private home. Every year in Vancouver or Victoria the Hubert Evans Prize is awarded to the writer of the best non-fiction book in BC, but here on his home turf nothing remains to mark his name. That seems a shame for one of our more distinguished pioneers, a man who understood us well enough to write this little verse called “Coast People”:

So here we are, the lot of us—

Builders and upsetters of applecarts

Which have found the life they hoped to find?

Which have shadows in their sunshine still?

For extensive background information on Hubert Evans, visit his Literary Map of BC entry.