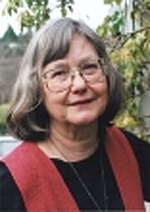 Eileen Kernaghan has released her ninth historical fantasy novel, Sophie in Shadow (Thistledown $15.95), set in British India in 1914. Against the backdrop of World War One, paranormal events occur amid terrorist plots and enemy spies.

She writes: “My latest novel, Sophie, in Shadow, set in 1914 India, required a daunting amount of research. Since a great deal has been written about India under the Raj, a broad picture of life in British India was not difficult to find. But what I also discovered — in the memoirs of private citizens, and in histories like Margaret MacMillan’s Women of the Raj —  were fascinating, less often recorded details of everyday life.

“When the ladies of the Raj  escaped from the sweltering plains to their rented houses in the hill stations, they transported not only clothing and supplies, but a good deal of household furniture. A list of basic necessities in The Complete Indian Housekeeper and Cook (1888) includes crockery and kitchen utensils, carpets, a chest of drawers, bed linen, iron cots, three boxes of books, ornaments ,coats for the servants, an iron bath, and a great deal else — eleven camel loads in all. (Cited by Margaret MacMillan in Women of the Raj)”

Three-time winner of the Aurora Award for Canadian speculative fiction, Eileen Kernaghan was born and raised in the North Okanagan. Educated at UBC, she taught school in the North Okanagan in the early Sixties, then moved to the Lower Mainland and has lived there ever since. According to her website, “Eileen Kernaghan grew up on a dairy farm outside Grindrod, B.C., Canada, population 600. The reading material she found on the family shelves – Greek myths, historical novels, G.A. Henty’s boys’ adventure books, a musty collection of Weird Tales and Thrilling Wonder Stories – helped to shape her writing career. Her first published story, written when she was twelve, appeared in the Vancouver Sun newspaper. It earned her a byline, an illustration, and a cheque for $12.65. Her next appearance in print, twenty years later, was with a cover story in the New York science fiction magazine Galaxy. She went on to write the “Grey Isles” series, a bronze age trilogy based on the origins of Stonehenge. Journey to Aprilioth, Songs from the Drowned Lands and The Sarsen Witch were published by Ace Books during the 1980’s.”

Kernaghan was co-ordinator of the Burnaby Arts Council (1979 to 1984) and for twelve years, from 1987, she operated Neville Books, a used bookstore in South Burnaby, with her husband Patrick, also a writer. They later moved to New Westminster. She has taught writing for the City of Burnaby and City of Port Moody Arts & Recreation departments. She is also a member of the Science Fiction Writers of America, SFCanada and Federation of BC Writers. Eileen Kernaghan has been profiled in the Dictionary of Literary Biography Vol. 251: Canadian Fantasy and Science Fiction Writers (Gale Group 2002). She has long played an important supportive role for other writers as a founding member of, and newsletter editor for, the Burnaby Writers’ Society. 978-1-927068-94-6