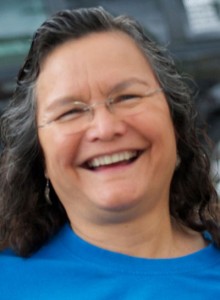 Bev Sellars won the 2014 George Ryga Award for Social Awareness for her book They Called Me Number One: Secrets and Survival at an Indian Residential School (Talonbooks 2013). Forty weeks on the BCBestseller List, it was also shortlisted for the Hubert Evans Non-Fiction Prize and received a third prize citation for the 2014 Burt Award for First Nations, Métis, and Inuit Literature. As a follow-up, Sellars has re-told Canada’s history in Price Paid: The Fight for First Nations Survival  (Talonbooks $24.95), a wide-ranging and candid effort to “untangle truth from some of the myths about First Nations.” It’s based on a presentation Sellars has often delivered to treaty-makers, politicians, policymakers and educators. Sellers offers glimpses of foods, medicines, and cultural practices that North America’s aboriginal peoples have contributed to the world. The book has stayed on the BC Bestsellers List since its appearance two months ago. In the words of Paul L.A.H. Chartrand, IPC, Professor of Law, retired former commissioner, Royal Commission on Aboriginal Peoples (1991–1996), “This is a book like no other. Bev Sellars combines her keen insights, her studies in history and law, and her experience as a chief of an ‘Indian reserve’ in British Columbia to produce a book that will open the eyes of Canadians to the reality of life under federal government administration. This book will be a significant contribution to the nationwide campaign of Indigenous people to emancipate themselves from the Indian Act and its administrators in Ottawa.” 978-0-88922-972-3