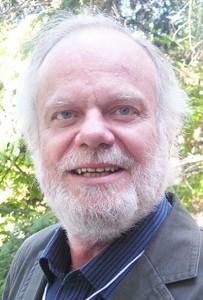 Canada Day was a good day for the BC book community, bringing national recognition with induction into the Order of Canada for some of its veteran builders. At the head of this list is none other than our own BC BookWorld, BCBookLook and ABCBookWorld editor and founder, Alan Robert Twigg. (Wow, we never knew his middle name before!) Alan has been such a cultural force in BC over the years only an Order of Canada could cover the full range of his activities. He’s not just been the moving force behind the BookWorld group of publications and websites, he’s also been busy as a drama critic, newspaper columnist, founder and manager of the BC Book Prizes, guiding light to the Woodcock Lifetime Achievement Award, prolific author of seventeen books on everything from soccer to BC history, and cultural activist in too many areas to name.

But it doesn’t end there. Also included in yesterday’s list was Karl Siegler, long time publisher of Talonbooks and perennial activist in the book publishing scene with long service in the Association of Canadian publishers. The order also went to Victoria bookseller supremo Jim Munro who founded Munro’s books with his former wife, Nobel winner Alice Munro, back in the 1970s and has maintained it as one of the finest independent bookstores in Canada for over forty years. Gabriola Island actor Antony Holland, 95, also received the honour. Way to go guys—well deserved.

Forgive us for blowing our own horn here a bit but somebody has to stick up for BC and our Post Media dailies sure ain’t going to do it—the Sun initially devoted its coverage only to Ontarians Chris Hadfield and Rick Mercer. The  Times Colonist acknowledged local boys Munro and Holland (who actually lives on Gabriola), but it didn’t mention the other B.C. recipients. More proof of the disadvantage of chain media—we are taught to ignore our own stories. Audrey Brown (with GG Roland Michener) was the first literary OC recipient from B.C. in 1968.

Thought of the day from nonstop Facebooker Richard Wagamese (Medicine Walk): “Thirty-five years ago today I became a writer. I got my first professional job at a native newspaper called New Breed in Regina, Saskatchewan. I was 24. I moved on to radio eventually and then television and became a writer of books in 1994. I’ve published 13 titles since then and a writer is what I am today. I have the honour of teaching the craft of writing to people, speaking at conferences and working with youth and children. Everywhere I go I meet amazing people who add to the fabric of this life. It is an honour and a privilege to be a storyteller and a writer. That’s what I believe. Thanks everyone for 35 magical and fulfilling years! Without you there are no tales and no reason for words…”

And this notice from the ever-productive Rod Mickleburgh site: “Note to hacks, young and old (sigh). On the last Friday of every month, there is a gathering of the renewed Vancouver Press Club. Lately, it’s been in the back room of the Railway Club, where it is tonight, starting at 6.30. Attendance varies, but it’s a good chance to get to know journalists in this town and discuss our beleaguered craft. Plus having a couple of pints in the grand old reporters’ tradition. If you show up, and don’t recognize anyone, just say hi and carry on. We’re all in the biz. We all have stories and stuff to chinwag about. It’s the only chance we have to do this in this increasingly isolated profession. As one who still misses the old legendary Press Club, I like it.”

Free Reads: “Yet, as a North American woman, I’m enormously grateful for the wealth of opportunities and the abundant gifts my life still provides. If it were possible, I’d wish all that to flow through me, through my work. That’s how it might stay fresh and alive, have some kind of duration. But this is not an outcome over which I have control. I can do the work and try to live in love, make an end of my sorrows, and get closer to being fully my self. The present moment is all we get, complete with its contradictions, mysteries, and impermanence. It is plenty amazing.”