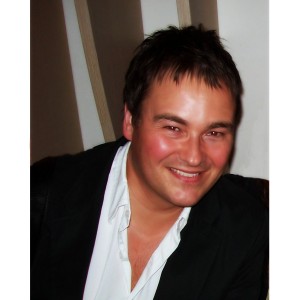 A former songwriter who performed in Los Angeles, Toronto and Vancouver, Trevor Newland now teaches literature and creative writing at Langara College. He is also a writer/illustrator. His fiction/criticism has been published in journals such as WestWord Journal and The Vancouver Review.

As a young boy, Newland was influenced by Dr. Seuss’s Green Eggs and Ham, and Alice through the Looking Glass by Lewis Carroll. As an adult, his graduate thesis focused on the writing of Cormac McCarthy and war atrocities during the war between America and Mexico in the mid nineteenth century.

In 2014, Newland had the first of three picture books released in Canada and the U.S., The Scallywag Solution (Mosaic Press $15.95). The scallywags of the title are four misfits who must outsmart bad guys known as Beards (Blackbeard, Greybeard, Redbeard, and their little sister Goldiebeard). The Beards are pirates who eat scallywags.

In addition to entertaining children, Newland aims to make history interesting for young readers. For example, the second installment of the series will feature a royal balloon race and in the process explain why the Tower of Pisa leans. The third installment will provide some answers as to why the famous Sphinx in Egypt has no nose. 978-0-88962-990-5