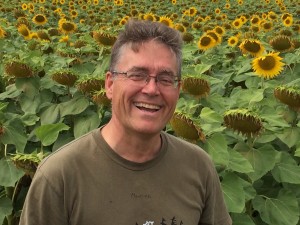 Winnipeg-born Bob Nixon is a television journalist who first co-authored Tiananmen Square (Douglas and McIntyre  1989). He has now produced a Kindle novel called The Dog Eater’s Lament which he describes as an outrageous adventure tale in which “our young anti-hero Charles travels from the fox hunting fields of 1910 England to the moors of Scotland, on Arctic polar quests, then marooned atop of an iceberg before rescue and a trip to New York’s famed Westminster Dog Show with financier J.P. Morgan.” Previously Nixon’s My Road to Rome: The Running Times of BJ McHugh (Sandhill $2011) recounts how Vancouver’s BJ McHugh became the world’s fastest senior long-distance runner for her age group. A farmer’s daughter who was born at a time when few women ever dreamed of running marathons, McHugh, now in her eighties, only took up running in her fifties. Her memoir of courage and determination was co-written with Nixon. McHugh remains active in 2015, continuing to set world records for her age group.