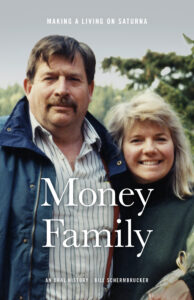 “He had completed and transcribed interviews with five important entrepreneurs, including John Money, and written supporting material. But it would not seem to come together for Bill in one book. I had listened rapt many times as Bill described his project and I was keenly interested in the history of Saturna… And then Bill died in 2019.

“After a few months, in the summer of 2020, I began to form my own crazy plan to finish the project. It made sense to me in so many ways. I discussed this first with my daughter Sofia. She had just achieved her B.A. in English and had experience as a writer and an editor. We became enthusiastic about completing the work as a series of four shorter books, perhaps with more to be built upon Bill’s vision.

“I then approached Bill’s widow Sharon Schermbrucker. Sharon generously supported the idea and shared with me all of Bill’s materials for the project.”

Osborne next contacted the people that Schermbrucker had interviewed. “Each generously expressed support for completing the project as a series and offered their further cooperation,” writes Osborne.

Osborne is well underway with his ambition as the first book in the series, Making a Living on Saturna: Jon and Priscilla (Cliffside Publishing $17) was published late last year. 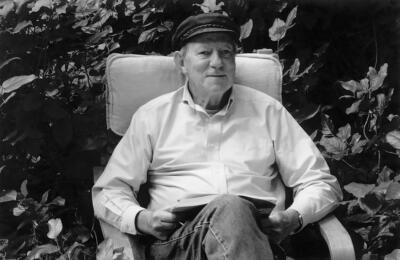 John Money’s parents, Jim and Lou came to Saturna in early 1945 with baby John and their extended family. They bought land from pioneer Gerald Payne with a huge mortgage and started several enterprises to make a life and living. Over the years the family contributed much to the growing community such as giving the land that the present-day school sits on. They also built the buildings that now house the Saturna General Store and the Garage behind it.

As an adult, John continued the family traditions, logging, developing land and contributing to island institutions with volunteerism and many donations of land.

John and Carol married in the early 1980s and started several businesses while raising a family; a successful wholesale and retail nursery, a family resort at East Point, rental housing and more. It was a lot of hard work, a lot of willingness to be creative and do what was needed, and a lot of fun!

In this book, John and Carol recount in their own words the close partnership they forged, and the joy and challenges of island living in a small, remote community. 978-1-7775442-1-8