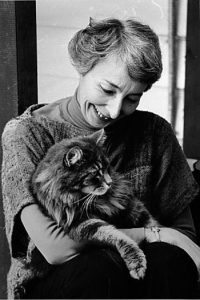 Almost Islands: Phyllis Webb and the Pursuit of the Unwritten
by Stephen Collis 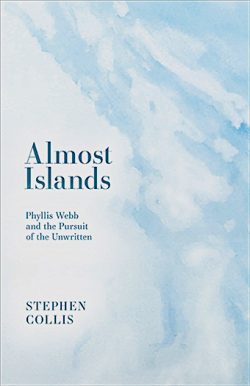 Literary friendships are the source of more compositional energy than we usually give them credit for. As Stephen Collis reminds us in this deeply engaging book-length essay set within his friendship with the poet Phyllis Webb, “all major literary projects are collaborations, collective efforts, whether this is acknowledged or not.” Almost Islands spins out a web of connections from Collis’s 2007 study of Webb’s poetics, Phyllis Webb and the Common Good, taking pains to articulate the many dimensions of her unwritten poems and her self-described “poems of failure” — her uncompleted long poem about the Russian anarchist-geographer Peter Kropotkin (1842-1921) and the “dream of the common good” that inspired his program of reform. In Almost Islands, Collis with great care blends politics and poetry within a materialist framework — an ars poetica for our time.

An ekphrastic project, Almost Islands is one poet’s immersion in the art of another poet. Collis’s ongoing attraction to Webb’s poetics and her presence is the fundamental image of this book: his trips on the ferry to Salt Spring Island, her greeting him in her home, and their settling in to exchange news, talk, and compare notes within the so-called “silence” of Webb’s art. What keeps drawing Collis back to Webb, he says, is “her strength to remain alone …. her resolute withdrawal, her ability to dwell in the glare of her fragments and failures. It as a form of resistance that continues. Islanded. Bulwarked, But open, curious.” 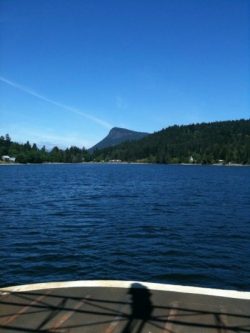 Both Phyllis Webb and Stephen Collis were born in Victoria, B.C. (she in 1927, he in 1965); both enjoyed relatively privileged upbringings and private schools; both were imprinted by the coastal landscape of southwest British Columbia, an invisible “peninsula” of apparent (“almost”) islands connected at depth. The forty-year age difference between them is another way they are “almost islands,” but this distance dissolves in the matrix of mutual attraction and curiosity. Both Collis and Webb are West Coast poets engaged with West Coast realities — geographical, political, ecological, and aesthetic.

The course of Webb’s artistic life seems to occur within consecutive decades: she composed the Kropotkin poems in 1967, but they appeared in 1980 in Wilson’s Bowl, titled “Poems of Failure.” In the 1970s her interest in politics swerved toward west coast Indigenous art, including the ancient intertidal rock art found on Salt Spring Island, named “Wilson’s Bowl” after anthropologist Wilson Duff. Webb continued to publish essays (Talking, and Nothing But Brush Strokes) and a book of “ghazals and anti-ghazals” (Water and Light) into the mid-1990s, but had stopped writing poetry as such. (I recall someone somewhere noting that she stopped writing poetry, and began painting, after the death of her mother.) At this point, Webb felt that words, that poetry, had “abandoned her.” 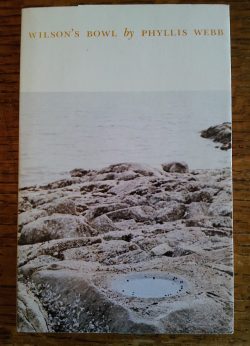 Webb’s painting began not so much “instead of” writing, but as a continuation, as Collis argues in Common Good, of the movement toward greater abstraction in her poetic practice, which included an emotional involvement with the artifacts and language of Indigenous spirituality. Collis acknowledges the irreparable fracture between Indigenous spirituality and colonial oppression (another instance of silencing and erasure), while at the same time recognizing a similarly “anarchist” spirit in Trickster Raven, trickster Webb, and trickster poetry. The felicity of Phyllis’ surname imbues Almost Islands — a web of connections fleshed out by the “beyondery” of imagination.

I too had been drawn very strongly to Phyllis Webb’s work in the early 1980s. Reading Wilson’s Bowl inspired me to contact Phyllis and visit her at her home on Salt Spring Island — the beginning of a decades-long and continuing friendship. At that time, I hadn’t so far encountered a Canadian woman poet whose work had such an impact on me, that lit so brightly my own path as a writer. Here was a singular poet whose work seemed to come from somewhere else entirely — neither romantic nor objectivist nor projectivist nor theory-driven nor even particularly “Canadian.” She wrote with an eye and an ear perfectly attuned to fracture and loss. 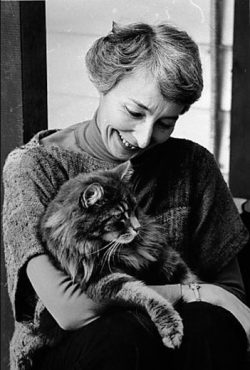 The south coast of British Columbia has always been threatened by chthonic energies that could at any moment fracture and inundate the entire region. This beautiful, unstable place is where Webb chose to end, in the 1960s, a promising and lucrative broadcasting career at the CBC in Toronto, where among other things she created and co-produced the weekly series, Ideas. This was an early retirement — though Webb continued to do freelance work for the CBC and to teach in Victoria — by today’s standards, and by today’s standards even a crazy idea, but Webb was never a conformist, could never adjust herself to corporate expectations. Nor has she ever been, as Collis points out, “interested in the norms.” Webb’s insistence on living and writing on her own terms, without aspiring to an admirable public voice, has been one of the things I most cherish about her, along with the beautiful, sideways power of her work.

Since a writer can be not writing and still be a writer; can be not writing poems and still be a poet — or, be writing all the time and feel just as silent (or silenced, or unread) as the writer or poet who has been “abandoned by words,” Collis almost convinces us that writing, or poetry, in the Anthropocene is not necessarily preferable to silence, especially if the silence is itself a form of resistance or activism. What is there to say, now, that doesn’t end up sounding fatuous or absurd? What does a poet feel when boxes of his or her unsold books are returned by the publisher? Collis tells us from his own experience, one that many poets share. Even so, the dream of the common good must be kept alive, and I would insist that poets will always be on the side of such dreams, since this “good” is the nature of poetic imagination. 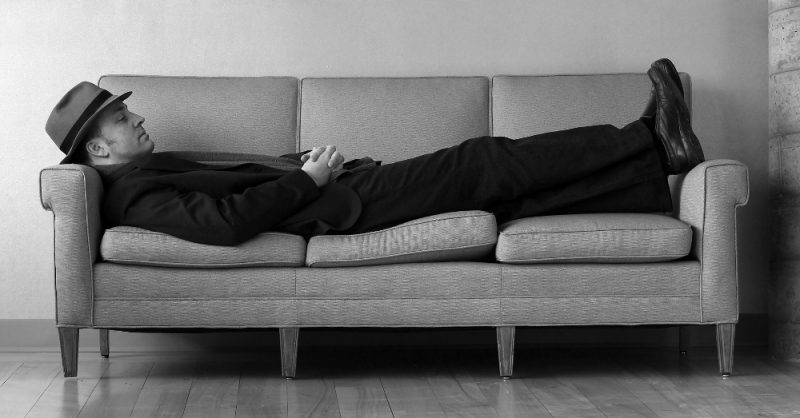 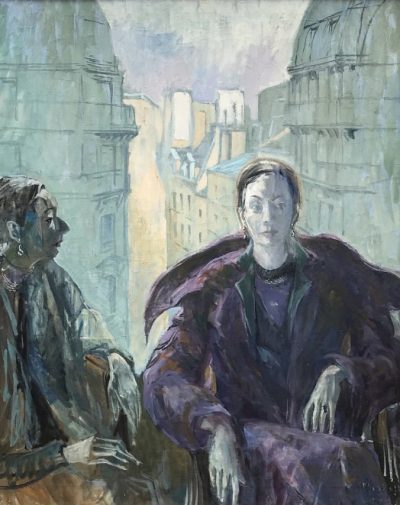 The question of silence, of the content of the unwritten, of the failure to write one’s “good masterpiece of work” (Webb quoting the unfortunate anarchist activist Nikola Sacco), and the questions that arise from such a decision, or gift, or catastrophe, is what Collis attempts to unpack, in a number of directions and dimensions, in this book. In its Montaigne-like spirit of essay-ing forth, Collis explores the “silence” that both threatens and educates the writer. A prolific writer himself, and a serious political activist, Collis is appalled by the prospect of silence — of being silenced or of self-silencing. He had earlier confided this fear to his sister Gail, whose death in 2002 is present in this book’s often-elegiac tone. It was Gail who, during a walk with Collis in Vancouver, had given him the advice that set his compass westward, toward Phyllis Webb and Salt Spring Island: “Poetry is your way of writing all ways at once. It is your revolutionary path.”

“All ways at once” describes Collis’ poetic method in Almost Islands: a generous, lavish, loquacious, zigzag essaying-forth across the “peninsula” of Collis’s own literary and political geography. The wide-ranging, poetic structure of the book enables connections between the sources of and inspirations for his writing, his politics, and the conditions of the Anthropocene. Collis raises urgent questions about writing, ecological devastation, and colonial violence, and receives advice — including to not write at all, for a while at least — from other poets and friends. 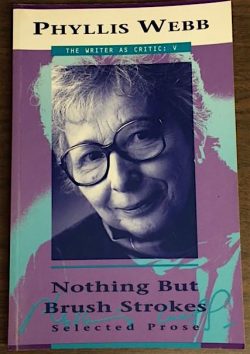 Nothing but Brush Strokes (NeWest Press, 1995)

At the same time, Collis is eloquent in his wide-ranging attempt to reconcile Webb’s silence, her self-named “failure,” with the apparent failure of revolutionary change in our own time. He notes with interest the late West Coast poet Peter Culley’s concern that “the ground of his poetry was one of colonization, resource extraction, and genocide.” If poetry is at least one constituent of Collis’s revolutionary path, and if silence is the more ethical choice, for the time being at least, then how might the “dream of the common good” be articulated? “I exist to tend the flow of language,” he says. “The terror of Webb’s ‘No,’” for Collis, is that “it is not spoken by her, but to her.”

And he continues, “It has always been my experience that language comes knocking from an external source, whose persistence I can only obey, opening the door before it is beaten down.” But what if it stopped? What if there was no knock? Collis’s candour and vulnerability is a large part of the freshness of this book, which, as mentioned earlier, reads as both eloquent elegy and grateful response to his sister Gail’s faith in his path in life. In the encyclopaedic multitude of connections fleshed out in the “beyondery” Collis proposes is an idea, or hope, of a more conscious inter-connectedness. He states that, collectively, “our task is to respond to and act within a more thoroughly interconnected world, to fashion a broader solidarity.” And that, for himself, he wants to “actually understand where I am and then, what poetry and what politics might be appropriate to living well in this place.” 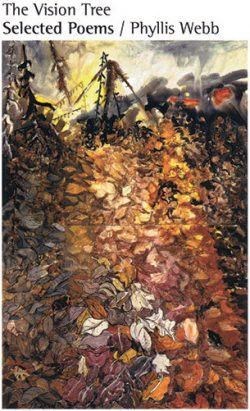 But, perhaps rather than striving to be appropriate, it is the special work of poetry to continuously discover where we are, without terminus or conclusion, but as continuing process and transformation. Perhaps it is writing, not silence, that is the more appropriately humble stance. In the very moving concluding pages of Almost Islands, in which Collis describes the difficulties of transferring the body of his sister to her pine coffin, is an image of the pathos of her “beloved” mortal materiality — what I would call her incarnation: “The coffin could not be got through. So we carried her out. Like furniture. Such beloved furniture. Such precious wood for the fire.”

The meditations on mortality and silence that conclude the book I found deeply affecting. Collis writes, “In each and every poem I write, I pick my sister up, carry her across a page or two, and lay her down again. It is method and ritual and the very practice of everyday life.” This final section of the book is where I feel Collis converting silence and failure to hiddenness and immanence.

When I first read Almost Islands, I was of two enthusiastic minds. One said “yes, and” and the other said “yes, but.” The “yes, but” is the question, for me, of how far materialism can go in answering the problems Collis raises in this book. What if what lies outside the endgame of materialism — nothing, nowhere, and silence — is instead a thriving paradise of divine love? Perhaps that is what knocks at our hearts and imaginations and can no longer be heard, no longer admitted. Love is harder than connection. As Dante warns in the Paradiso, the poet is so burdened with a “ponderous theme” that he/she should not blame poetry if, under it, his/her “mortal shoulder” trembles. Poetry “is no passage for a little boat/ Nor for a pilot who would spare himself,” says Dante.

I think this admonition from a 13th century exiled poet is worth keeping in mind. Dante does not underestimate either the strength of the prow (of poetry’s “boat”) that “goes cleaving,” or the faith of the poet, who has been through hell. “Literature,” as Italo Calvino writes, “remains alive only if we set ourselves immeasurable goals, far beyond all hope of achievement.” 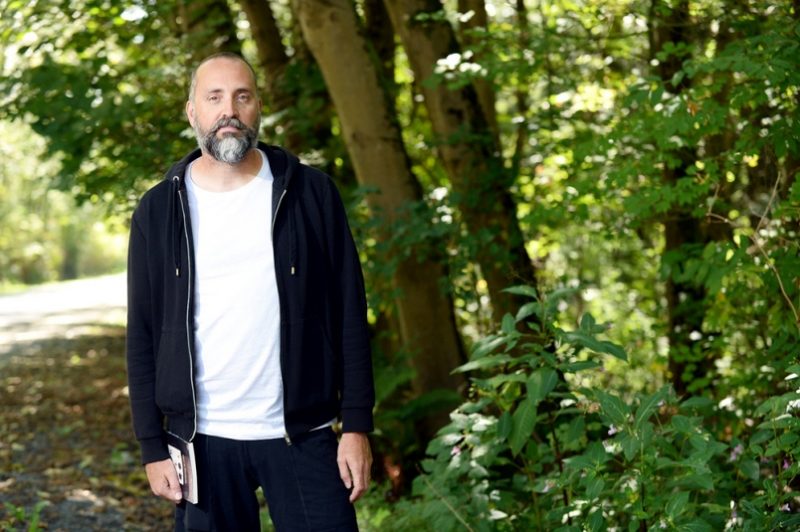 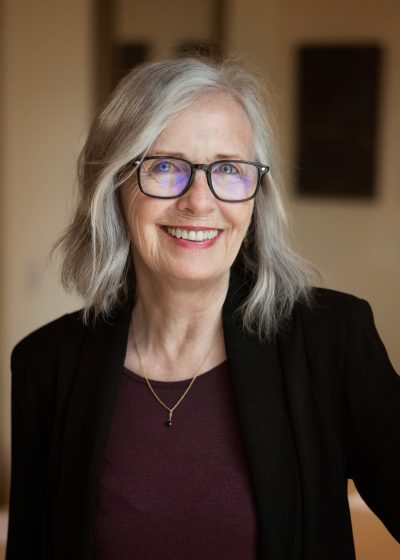 Sharon Thesen is a B.C.-based poet, writer, and editor. Her eleven books and chapbooks include Oyama Pink Shale, The Good Bacteria, and The Receiver. She is Professor Emeritus of Creative Writing at UBC’s Okanagan Campus. She edited two editions of The New Long Poem Anthology, two editions of Charles Olson’s correspondence with book designer Frances Boldereff, and a Governor-General’s award-winning Selected Poems: The Vision Tree, by Phyllis Webb. Her poetry workshops (Pinecone Poetry Workshops) are attended by Okanagan writers and provide a space for fresh engagements with poetics and prose. 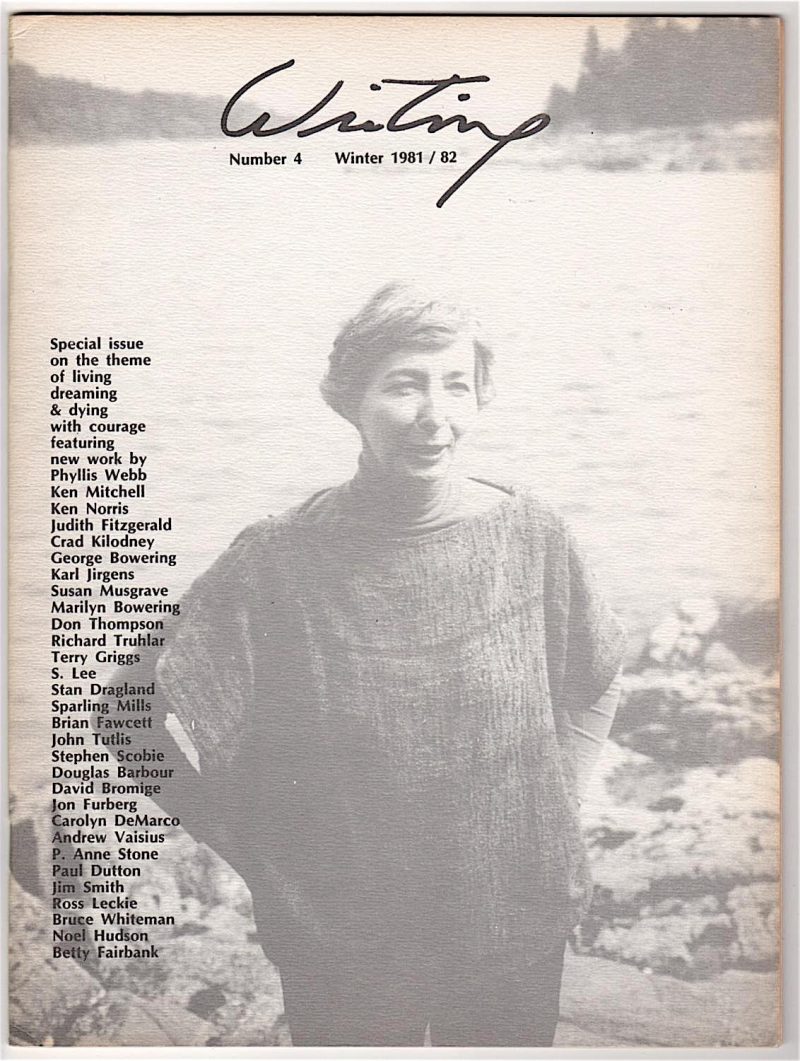