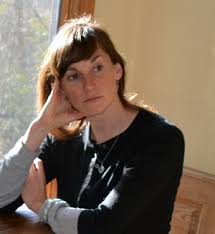 We get our balance from our ears. An otolith is a series of bones in the ear that enable us to be oriented within the context of physical space, our environs. In her debut book of poems, Otolith (Goose Lane $19.95), Emily Nilsen of Nelson examines the ache of nostalgia in the world’s passage of time. Publicity for the poems states: “These poems are full of life and decay; they carry the odours of salmon rivers and forests of fir; salal growing in the fog-bound mountain slopes.” Nilsen was born and raised in Vancouver. Her poems have appeared in PRISM International, Lake, and The Goose. She was a finalist for the CBC Poetry Prize in 2015, after having been longlisted for the prize on three separate occasions. Her work has also been longlisted for the UK National Poetry Prize. 978-0-864929-62-4