Salmon peoples of The Fraser 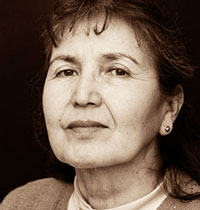 As a child Jeannette Armstrong witnessed the large salmon harvests on her people’s lands which later declined to almost nothing. She has referred to her mother as “a river Indian,” someone who was deeply connected to the traditional fisheries of the Columbia River system. Consequently the loss of the salmon run for her people has resulted, for her, in “the deepest possible grief.”  Revering water and salmon as inseparable, she pledged in 1998 to “forge something new, a new course chosen for the right reasons. A course insuring the preservation of the precious gifts of life to each of us and our generations to come as true caretakers of these lands.” After a team of researchers gathered a wealth of information from and about the indigenous cultures along the Fraser River, Jeannette Armstrong and Gerry William co-edited River of Salmon Peoples (Theytus Books 2016), a book focussed on the waterway’s most valuable resource, the salmon. Nine communities were consulted over a two-year period to gather research, photographs and artwork that complement the oral narratives of each community and the book’s exploration of the environmental challenges now facing the waterway and its contents.