Trunsfusions of art and medicine 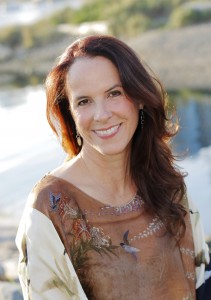 Karen Shklanka is a poet, a family physician and an Argentine Tango dance instructor. Born in Toronto, she practiced rural and emergency medicine in small and medium-sized Canadian communities for fourteen years; now working as a hospital-based Addiction and Pain medicine consultant in Vancouver, and as a Clinical Assistant Professor at UBC.

With an MFA in creative writing from UBC, she first recalled her experiences as a practitioner of family medicine in Sumach’s Red Arms (Coteau, 2008) with unsentimental poems about “stitching a fight victim back together in Moose Factory, going to sign the death certificate of a radiant long-time patient on Salt Spring Island, watching a man slowly losing his memory in an unnamed city.” Ceremony of Touching (Coteau $16.95) continues her work in the same vein, exploring and celebrating the preciousness of human contact, whether on a dance floor or an emergency ward. 978-1-55050-371-5

Sumach’s Red Arms was nominated for a ForeWord Review Book of the Year award. Her poetry has also been included in the Planet Earth Poetry Anthology and the 2004 chapbook anthology Letters We Never Sent, edited by Patrick Lane. In 2012, Shklanka was long-listed for the CBC Poetry Prize and she has been four times a finalist for ARC magazine’s international poem contest. Her poetry has been published in ohter literary periodicals such as CV2 and Room.