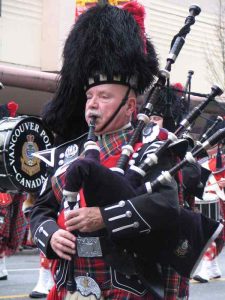 Although he can no longer pipe, hike or travel to exotic lands, and although he’s been reduced to shuffling about with a walker, James L. McWilliams can still research and write. He continues to produce an adventure series about a fictional Canadian hero from almost two centuries ago, Rory MacHugh, delighted to have earned a finalist nomination in the “faction class” (fiction based on facts) for the Book Excellence Awards with the second volume of his MacHugh Memoirs canon, A Secret of the Sphinx. He got three more volumes soon to be released after The Assassins in which the hero’s amorous relationship with the glamorous Duchess of Abrantès lands him in hotwater–again–after he has returned to Paris in 1803. http://www.jameslmcwilliams.com/

2 Responses to “Rory gets around”