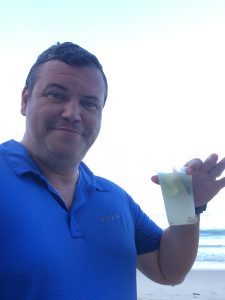 In Grant Patterson’s first two books about a semi-reluctant, private eye in Brazil, we follow Will Bryant, formerly a Canadian cop, who is now in exile after a shooting incident in which he tried to save his fellow cop. He’s married, with kids, teaching ESL, trying to lead a respectable life. Sort of. Crime and bad guys have a way of crossing his path. Back in Slowly is set in Rio and Southern Cross is set in Sao Paolo. These stories are not for the squeamish–but then neither is Brazil. Part of their appeal as fiction is that they do NOT bow to political correctness. The stories involve nasty characters but there’s a constant, underlying degree of humour. It’s a great idea for a series. A professional editor might have made these adventures more saleable; but at the same time it’s Patterson’s rough edges as a stylist make these thrillers feel original. Born in Vancouver, Patterson graduated from SFU in Criminology in 1995 and recently retired from the Canada Border Services Agency. He lives with his wife and children in Brazil.