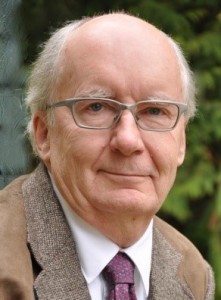 Joining with participants from over fifty countries, long-time Louis Riel activist David Doyle returned to Havana in January of 2016 for the second UNESCO-sponsored José Martí Project of International Solidarity: With All and for the Good of All.

David Doyle previously attended the Havana International Book Fair in 2012 with his video On the Trail of Louis Riel and his book From The Gallows – The Lost Testimony of Louis Riel which he hopes to have republished for a sesquicentennial Canada 150 Edition.

Born in 1947 in Saskatchewan, David (Davy) Doyle moved to BC in 1972 to attend Simon Fraser University and become a teacher. In 1985 he returned to Saskatchewan to follow the trail of Louis Riel. Searching for Riel’s “lost Revolutionary Bill of Rights” across Canada he was able to return the document to the Metis Nation at the first Back to Batoche 1885 – 1985 celebration. In 2000 he was made an “Honourary Metis” for his work in support of Louis Riel. Receiving a fellowship with the Canadian Plains Research Centre, University of Regina, David Doyle recorded the Oral History of the Plains Cree from his mentor and his friend, Sweet Grass First Nation oral historian, Alphonse Little Poplar. In 1997 Ethnic Press of Summerland BC published his book From the Gallows, The Lost Testimony of Louis Riel. Invited to the XXI International Book Fair in Havana Cuba, 2012, David Doyle, a member of the Canada Cuba Literary Alliance, produced a new updated From the Gallows, trade paperback and e-book for the book fair. In Havana he was also invited to present a dramatic re-creation of the trial of Louis Riel at UNEAC, the Cuban Writer’s Union, as well as speak on the Saskatchewan Cooperative Movement at the IXth Canada Studies Symposium at the University of Havana.

As an educator, David Doyle spent his teaching career working in Special Education and Aboriginal Education in British Columbia. Working in First Nations schools he went on to be a principal in Mount Currie and in Chemainus First Nations. Retiring from teaching he went on to be Manager of Special Programs for Education Yukon in 2010. Returning to BC in 2012 he has been active presenting his video, On the Trail of Louis Riel, and working in support of the British Columbia Metis Federation.

According to David Doyle, “The struggle for independence in Cuba and Canada has taken very divergent but also similar paths, with the Cuban people fighting Spanish colonialism through a series of wars and revolts and the Canadian, Quebecois, Métis and First Nations also involved in revolts against Anglo-Canadian colonialism, but in the end following the British parliamentary system. I relate the career of José Martí to that of Métis leader Louis Riel – in their nineteenth century struggles against colonialism, recognizing that the struggle against colonialism and neo-colonialism remains a common concern of contemporary life in the twenty-first century as seen in the IDLE NO MORE movement and the struggle for Indigenous rights and environmental sustainability in Canada and internationally. My work this year is to introduce the noxious, racist, Doctrine of Discovery – the foundation of colonialism from the era of Christopher Columbus to the present. The racist Doctrine of Discovery remains the foundation of Canadian and American law, and need be repudiated for a new relationship to be established between Aboriginal People and the Canadian state through the implementation of the United Nations Declaration on the Rights of Indigenous People as signed by the Canadian government in 2010. “I had the honour to introduce Louis Riel at the XXI International Book Fair in Havana in February 2012 and as a member of the Canada Cuba Literary Alliance (CCLA) I also presented a dramatic recreation of Riel’s trial for High Treason at UNEAC, the Cuban Writers and Artists Union and at the University of Havana Canadian Studies Seminar. Returning to Canada from Havana I was inspired to compare the lives and careers of Marti and Riel. These two prominent nineteenth century revolutionaries were contemporaries; remarkable in their youth and principled in their lifelong leadership against colonialism. Both men were men of letters, poets, looking into the universal and cosmic questions of life while leading their people toward independence. Both were concerned with and appalled by American imperialism; ‘Manifest Destiny’ and the ramifications it had on Indigenous nations and Peoples. Unknown to many Canadians Riel effectively blocked the annexation of the Northwest by U.S. agents during the Red River insurrection in 1869-70. He also led the constitutional agitation and armed resistance against  Anglo-Canadian colonialism in Western Canada
in 1885. Tried for the crime of ‘High Treason’ Riel, was ‘hanged by the neck until dead’ for his work to establish Indigenous Rights and democratic institutions in the Northwest. Riel was and remains branded a ‘traitor’ in Canada today.

“Marti died a hero in the Cuban War of Independence in 1895 and is honoured for his work and beauty of his verse throughout Latin America. These two individuals gave up their lives for their people and both men were far-reaching world personalities providing lessons for the future. It is time to exonerate Louis Riel – the Prophet of the New World.”

One Response to “Rooting for Riel”