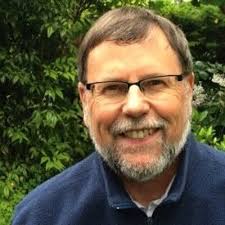 The George Ryga Award for Social Awareness will be presented for this first time in Victoria—at 1 pm on Saturday, April 27th—at the sxʷeŋxʷəŋ təŋəxʷ James Bay Library branch, 385 Menzies Street—to Rod Mickleburgh for his book, On the Line: A History of the British Columbia Labour Movement (Harbour $44.95).

The City of Vancouver will simultaneously honour Rod Mickleburgh with its proclamation of Author Appreciation Day.

The Winnipeg General Strike happened 100 years—and nowadays few Canadians can tell you what it was, and what happened.

The notion that workers should collectivize to support one another and prevent exploitation is increasingly viewed as arcane in the Age of Tweets.

Society barely bats an eye as unionization of the workplace declines, and more and more workers are hired under contract with no job security and few benefits. Rights and conditions workers fought for years to achieve – some gave their lives – are steadily being eroded. 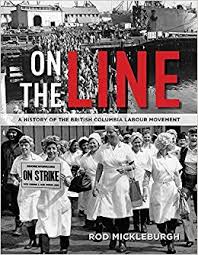 Hence judges have selected Rod Mickleburgh’s wide-ranging study as this year’s winner of the George Ryga Award for Social Awareness. The last attempt to provide a full history of B.C. labour was Paul Phillips’ No Power Greater: A Century of Labour in British Columbia (1967) so an extensive overview was long overdue.

Mickleburgh, formerly a labour reporter for both the Vancouver Sun and Province and a senior writer for The Globe and Mail, has documented the broad historical sweep of what has been Canada’s most volatile and progressive provincial labour force, re-educating British Columbians to why unions are essential for a progressive society.

The story begins back in 1849 when Scottish labourers went on strike to protest barbaric working conditions at B.C.’s first coal mine at Fort Rupert on Vancouver Island.

Mickleburgh’s On the Line: A History of the British Columbia Labour Movement revisits most of the major labour struggles since then. For four tumultuous months in 1983, for instance, the grassroots labour initiative in B.C. called Operation Solidarity–which took its name as an offshoot of the successful Solidarity movement in the shipyards of Poland at the time–was fighting the Social Credit government’s Restraint Budget.

Finally, on November 13, Jack Munro, president of the International Woodworkers of America (IWA), signed a controversial deal with B.C. Premier Bill Bennett to end the Coalition’s plans for a general strike.

Mickleburgh’s account of how unionists achieved the five-day work week, the eight-hour day, paid holidays, the right to a safe, non-discriminatory workplace and many more now-taken-for-granted features rights continues into the second decade of the 21st century to recount the successful campaign led by the B.C. Teacher’s Federation (BCTF) to improve classroom conditions and class sizes.

The two runners-up for the Ryga Prize this year are Chelene Knight for her second book, Dear Current Occupant (Book Thug) and Sarah Cox for Breaching the Peace: The Site C Dam and a Valley’s Stand Against Big Hydro (On Point Press).

During his long career, Rod Mickleburgh has worked for the Penticton Herald, Prince George Citizen, Vernon News and CBC TV, in addition to the Sun, Province and Globe and Mail. In 1992 he was nominated for a National Newspaper Award; in 1993, he was a co-winner, with André Picard, of the Michener Award.

Mickleburgh’s first book was Rare Courage: Veterans of the Second World War Remember (M&S 2005), a collection of 20 memoirs profiling Canadian veterans of World War II (with Rudyard Griffiths, executive director of the Dominion Institute) and he earned the 2013 Hubert Evans Non-Fiction Prize for The Art of the Impossible (Harbour 2012), co-authored with Geoff Meggs.