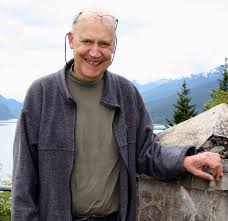 To produce his award-winning classic, Historical Atlas of Canada, Vol. I: From the Beginning to 1800 (University of Toronto Press, 1987), Harris spent eight years editing the research of more than 240 contributors from 28 Canadian universities.

In 2003, Harris was nominated for the Hubert Evans Non-Fiction Prize for Making Native Space: Colonialism, Resistance and Reserves in British Columbia (UBC Press, 2002). In 2018, he turned to more personal matters when he wrote a family memoir Ranch in the Slocan: A Biography of a Kootenay Farm, 1896-2017 (Harbour Publishing) that describes the transformation of his grandfather, Joseph Colebrook Harris from an upper-middle class gentleman to a socialist-leaning Slocan Valley rancher following his arrival in Canada in the late 1800’s. The ranch is still owned by the Harris family (named Bosun Ranch).

“Alongside his very exacting scholarly interests, Cole harboured a deep and personal passion for the province of BC and its history–especially the history of the Slocan Valley and his own family’s long involvement there,” said publisher Howard White, president of Harbour Publishing and Douglas & McIntyre. “It was a real pleasure working with him on the one book where he was able to let his hair down and write the personal story of the Harris’s famed Bosun Ranch outside New Denver. I think there is more of him in that book than any of the more celebrated scholarly ones.” 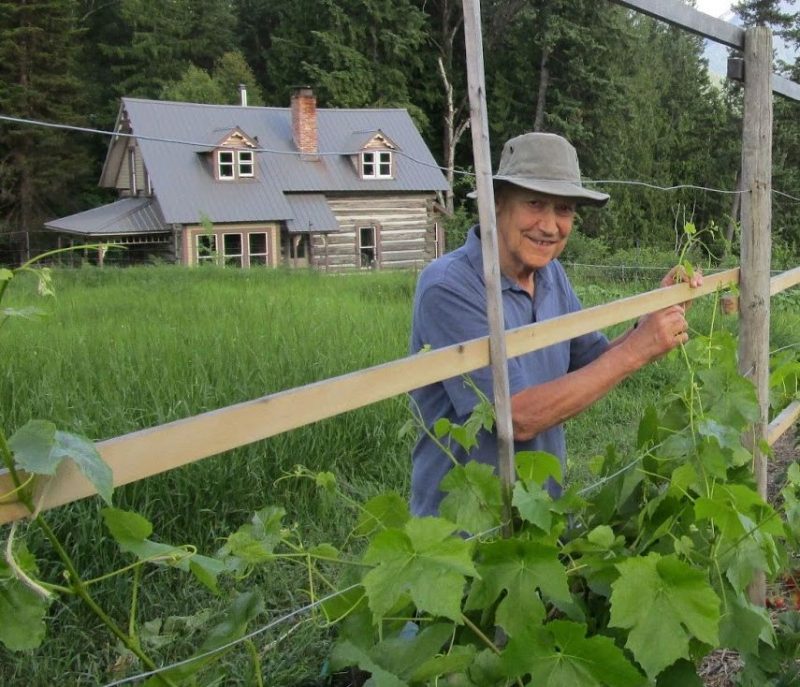 Cole Harris in the garden at Bosun Ranch with restored ranch house behind, 2018.

For his last book, Cole Harris pulled together some of his previous writings from the past five decades and synthesized his ideas in A Bounded Land: Reflections on Settler Colonialism in Canada (UBC Press, 2020).

“Cole Harris has left an outstanding legacy,” said Darcy Cullen, assistant director, acquisitions at UBC Press. “A sophisticated thinker, elegant writer, and master of his craft, he wrote on fundamental topics — Canada’s founding and character, the Empire mindset, and the dispossession and colonial resettlement of land. His books have influenced generations of scholars, and capture the depth and compassion of a brilliant mind.” 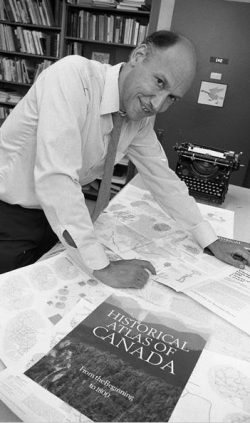 Born on July 4, 1936 in Vancouver, Richard Colebrook “Cole” Harris, OC FRSC initially taught at the University of Toronto then at UBC, where its Geography Department remained his academic home from 1971 until he retired in 2001. His scholarship, begun on early Quebec, turned to the country as a whole. Driven by an insatiable curiosity to understand the place he called home, Cole then focused on The Resettlement of British Columbia (UBC Press, 1997), and, in Making Native Space, on processes of colonialism and dispossession. As co-editor of BC Studies journal, Harris was also known for his encouragement of other writers and researchers.

After retirement, Cole revisited his work on early Canada with The Reluctant Land: Society, Space and Environment in Canada Before Confederation (UBC Press, 2008), and collaborated with others to publish local histories of the Slocan Valley.

His scholarly awards include Fellow of the Royal Society of Canada, the Canadian Historical Association’s MacDonald Prize, the Royal Canadian Geographic Society’s Gold and Massey medals, and Officer of the Order of Canada.