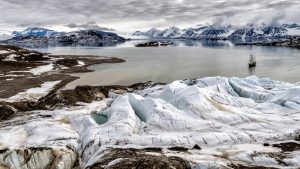 Quarmby writes about washing up on shore with “nothing but wilderness between me and the next polar bear,” total daylight, midnight walks under sunny skies and evidence of the harm caused by global warming.

In the summer of 2017, Lynne Quarmby took a sea journey with 28 artists and one other fellow scientist to a remote area, the western Svalbard archipelago, which is far north of Norway and east of Greenland. 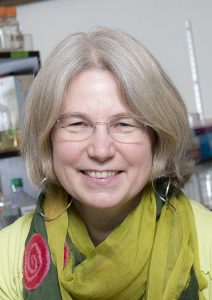 Aboard the tall ship Antigua, Quarmby and her fellow travellers were part of the Arctic Circle Expeditionary Residency. It was an unusual trip for the academic, being Quarmby’s first residence after 30 years of attending science conferences. She describes washing up on shore with “nothing but wilderness between me and the next polar bear.”

There’s total daylight here, midnight walks under sunny skies, but global warming is already causing problems. A late-career convert to climate change science, Quarmby must also confront her own inadequacy in facing up to the enormity of the global warming crisis. Arriving travel weary, she mourns the situation she has come to investigate: metaphorically, the house is on fire and she stands at the interface of planetary crisis and melting polar ice-caps. 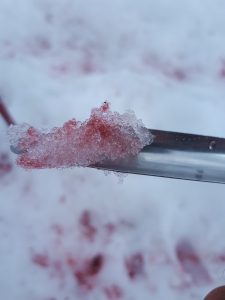 Quarmby recounts this trip in Watermelon Snow: Science, Art, and a Lone Polar Bear (McGill-Queen’s University Press $24.95). Chapters alternate between reports on Quarmby’s odyssey, her academic reflections and her own inner turbulence. She plays on the Buddha’s words in The Dhammapada, declaring “everything we perceive with our senses, and our responses to those perceptions, has been honed by billions of years of natural selection.”  It’s a subtle echo concerning inter-connectedness, yet she knows there is so much that we still don’t sense, concluding, “climate change is happening so fast it should be terrifying.”

Daily expeditions allow participants to explore, work at their projects ashore and stay alert for polar bears, even as a huge chunk of glacier shatters into the sea nearby, calving a new iceberg. Quarmby searches for her red snow unsuccessfully, but takes pleasure in the creative discoveries of others. 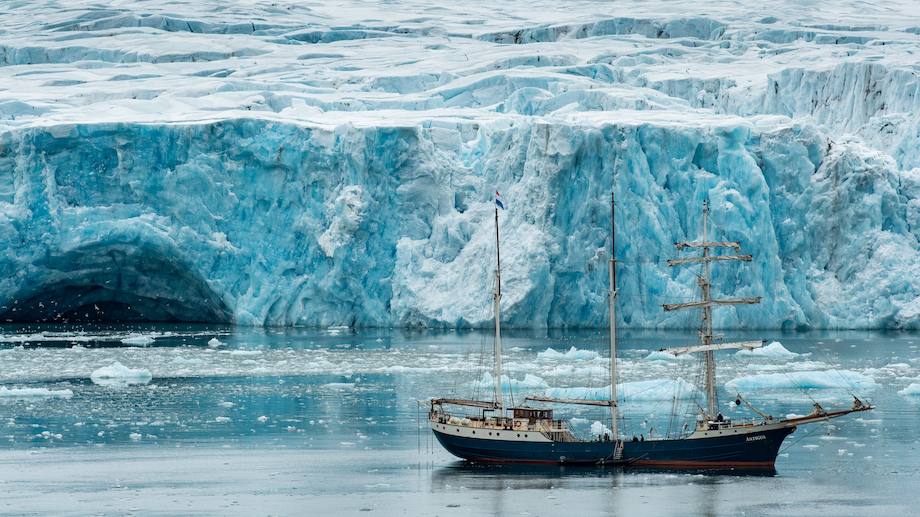 The tall ship, Antigua next to a glacier. Photo courtesy Eric Esterle.

Readers not conversant with the nature of RNA, DNA and cell biology may find some challenge when Quarmby expounds on photosynthesis and cellular boogie-woogie — how cells divide and replicate. However, she also relates how she became a climate systems activist: at a biology seminar she saw photographs of the violently-suppressed protests during Copenhagen’s 2011 climate summit. In response, she began writing letters, signing petitions, attending marches. Her federal research funding soon evaporated.  During the Stephen Harper years, the Feds played hard ball. 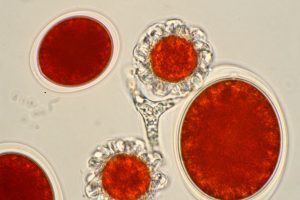 By 2015, instead of re-applying for funding, Quarmby ran federally for the Green Party. This followed her arrest by the RCMP during the well-publicized Burnaby Mountain protests against the Trans-Mountain Pipeline project, then owned by Kinder Morgan before the federal government acquired it.

Disclosure: Lynne Quarmby ran in the riding where I live. We planted her campaign sign out front of our house.

When ‘Golden Boy’ Justin Trudeau won, Quarmby confesses that she was “crushed.” She’d believed the public were ready for real change on climate action; they’d simply wanted Mr. Harper out.

“By the time I lost the election,” she recalls, “I was burned out from activism and the negativity of politics.”  In her fifties, and searching for answers, why, she asks, is our democratic government not pulling its share of the weight against climate change? Mistrust of our political leadership leaves her bilious.

Wondering if her scientific knowledge could be applied to an Arctic eco-system on the frontline of global warming, she embarks on her Arctic pilgrimage. In meditating on the nature of microbes, she reflects how they, “tie all life on Earth together…we are all functionally connected.” Quixotically, the same long streak of evolutionary fortune that led to polar bears and to us, she proposes, “may be broken” by the end of this century: “Pollution, habitat fragmentation and degradation, and now, climate change…Extinction is nothing new.” 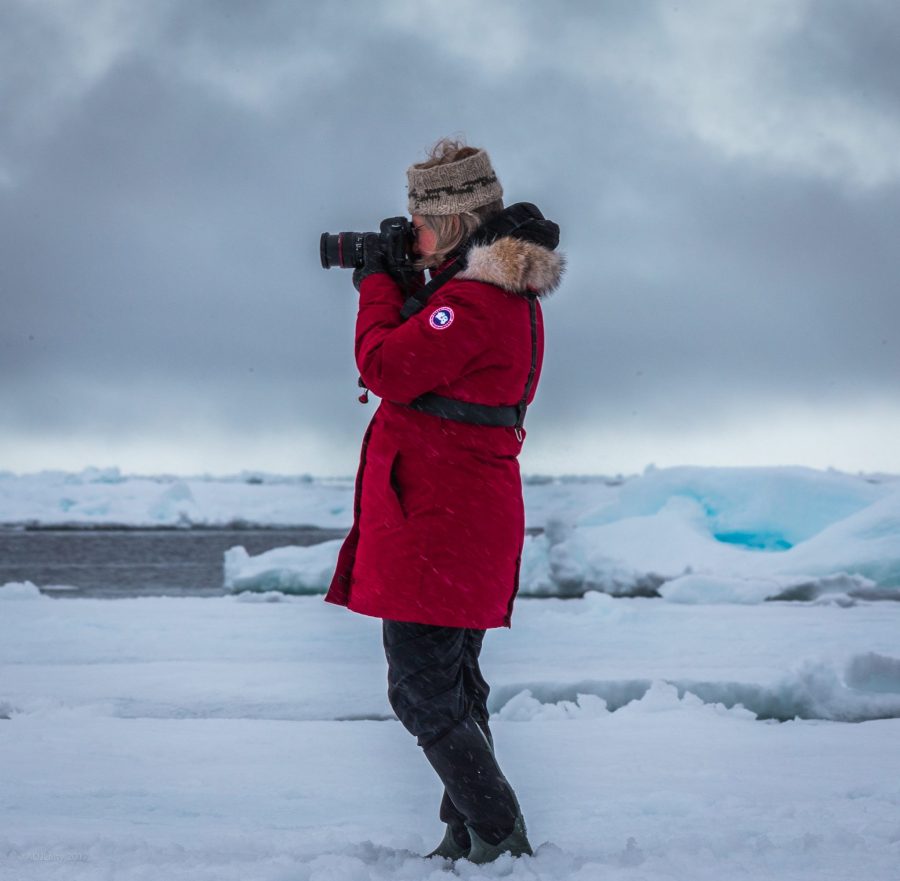 When Quarmby and a photographer spot a distant polar bear that appears emaciated or old, it’s a lonely, disturbing image. Later, challenged to explain her scientific inquiries in lay language, she addresses gender issues in science, relating that recently she’d spent an hour venting to her therapist about the bias and misogyny she encounters in her work.

Quarmby also offers her account of what it’s like to stand up on the front lines in a confrontation with “Big Authority” — Kinder Morgan — the company whose bullying tactics and legal threats were thrown out in court. Still, she declares bluntly, “I learned how the Cheaters have broken our political system.”

Once back home, Quarmby the dedicated scientist shakes her head at how “Prime Minister Justin Trudeau and [the environment minister] are telling Canadians, ‘If this pipeline doesn’t get built, we can’t meet our climate targets.’ The truth is that we cannot meet climate targets if it does get built.” What’s the takeaway message here?

Quarmby writes intelligently in a style that lay readers will find accessible. Her voyage crystallizes her own inner contradictions. There’s acclaim for the eco-warrior academic, but heroism often comes at a cost. Compassion fatigue is part of the script: she comes to understand that most battles aren’t clearly won, the brawling gets ugly and it’s a long game. Self-justification, well-deserved renown for standing up and making a difference, an existential search for answers, it’s all in this memoir.

Author Trevor Carolan has a Ph.D. in International Relations and has advocated for Conservation issues and Indigenous land claims. He taught for many years at the University of the Fraser Valley near Vancouver. 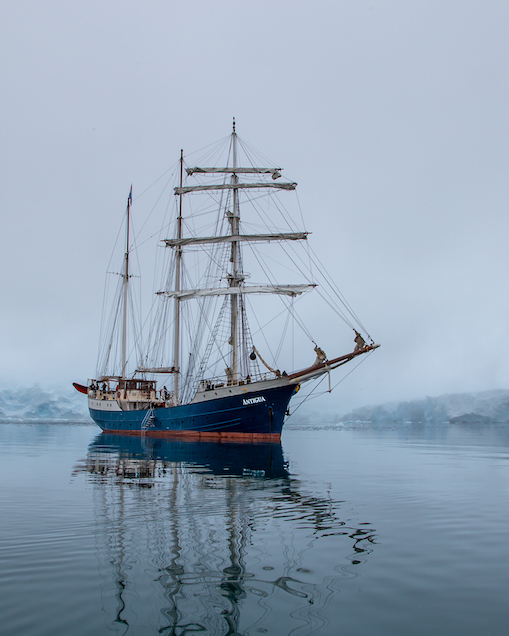