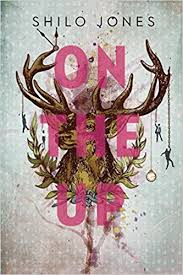 It’s a tense tale of three disparate characters who are involved in a shady condo property deal in North Vancouver: Coping with PTSD, Mark is an Afghanistan war veteran who has left his wife and child in Thailand in order to repay a debt to his nefarious brother. Although he’s co-founded an environmental investment company, Carl “Blitzo” Reed is a drug addict who, like a huge percentage of Vancouverites, is caught up in the ecology of greed. Jasminder is an aspiring investigative journalist who tries to stay high-minded within realty-mad maze of Vancouver’s otherwise micro-managed streets, while sharing a one-bedroom apartment with her mom.

After a rural upbringing, Shilo Jones attended high school in the Lower Mainland and tried UVic’s creative writing program before he realized it would be a better idea to first grow up and have something worthwhile to say. Instead he used his hands to work as a tree planter and stonemason. After getting an BFA in in Visual Art and Cultural Theory from SFU, during which time he contributed some essays to some local gallery catalogues, he travelled extensively with his wife in Asia and Africa, enrolled in UBC’s MFA program and then got picked up by the Dean Cooke Agency in Toronto.

As a stay-at-home father in Kelowna, Jones has expressed an increasingly common love/hate relationship with Vancouver within a novel that is pitched as a blend of Quentin Tarantino and Elmore Leonard. If you can’t play in the high stakes poker game, disparaging it comes naturally. He says he misses living in Vancouver all the same. 978-0771049101