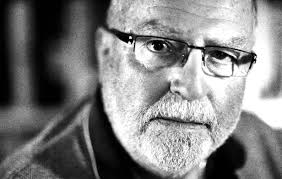 Born in Vancouver on December 31, 1931, former CKNW talk show radio host, Social Credit cabinet minister and lawyer Rafe Mair died on October 9, 2017, at age 85, just before he was able to see a copy of his eleventh book, Politically Incorrect: How Canada Lost Its Way and the Simple Path Home (Watershed Sentinel $26). His wife Wendy Conway-Mair recalls his final months working on the book: “As Rafe lamented this past summer, ‘this is my last kick at the can!’”

Mair, of North Vancouver, grew up in Kerrisdale, attended UBC and practiced law in the 1960s before making his name as a broadcaster and journalist. He practiced law for 15 years in Vancouver and Kamloops before entering politics for five years with the provincial government of Bill Bennnett. Since he began writing at age fifty, he won the Michener Canadian Media Award, the Hutchison Award for Lifetime Contribution to BC Journalism and was inducted into the Broadcast Hall of Fame.

Around 2015 he stopped contributing to the online publication The Tyee after a ten-year stint and started writing for the Vancouver Observer on-line instead. He became active in civic politics since he moved to Lions Bay, located between West Vancouver and Squamish.

In 2015, he wrote I Remember Horse Buns, largely about growing up in and around Vancouver, “the best place in the world.” It describes his youthful adventures around Howe Sound and Indian Arm, as well as Stanley Park and other coastal environs. “I deal a lot with what it was like to be a kid back during World War II,” he wrote on his blog, “the standards we were expected to meet and what happened to us when we didn’t meet them. The comic books we read, the slogans we heard, the radio shows, are all part of it. I also talk about some of the things that occurred on the national and international scene when I was a kid such as the now conveniently forgotten Gouzenko case in Ottawa which actually started the Cold War.”

Review of the author’s work by BC Studies:
Rafe: A Memoir
Still Ranting: More Rants, Raves and Recollections & Rafe: A memoir
Radio Daze: 25 Years of Winning Awards and Getting Fired in Canadian Radio