Like many BC publishers, Gordon Soules entered the field as an author. His first self-published book was Vancouver at Your Feet (Gordon Soules, 1971), a guide to walks in and around the city. In 1974, Soules and his wife Christine prepared an extensive sociological and economic study with Raymond Hull, Vancouver’s Past ( ‎Gordon Soules Book Publishing).

Another of Soules’ self-published books was The Housing Crisis: Causes, Effects, and Solutions (Gordon Soules Economic and Marketing Research, 1976), which remains as relevant today as it was then. The book looked into the high cost of housing in Vancouver, especially on behalf of the the lower, younger, aspiring middle class. It included essays by 61 people such as architects, planners, developers, real estate salesman, land economists, politicians, renters and homeowners of all political persuasions. Soules’ also recorded and published his transcripts of interviews with notables such as Mayor Art Phillips, Ald. Michael Harcourt and Surrey Alderman William Vander Zalm as well as David Baxter, Michael Goldberg, Norman Hotson, Arthur Erickson and Walter Hardwick. 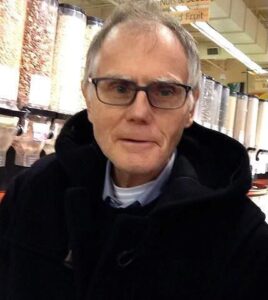 Gordon Soules was an avid activist on causes that included nuclear disarmament, gender equality in politics and halting pipeline construction.

In 1978, he established Gordon Soules Book Publishing, which he and Christine ran from West Vancouver right up until his passing. Soules published books and maps, and distributed independently prepared titles on topics such as health and outdoor adventure. He also published the proceedings of a public inquiry into Canadian defence policy and nuclear arms, The True North Strong & Free (Gordon Soules, 1988) with contributions by David Suzuki, Gwynne Dwyer and 20 other peace activists.

Gordon was an inspiration to others in the book publishing and distribution business, including Nancy Wise of Sandhill Book Marketing Ltd who remembers him saying, “I will die selling books.” Wise says it was Soules’ inspiration that encouraged her to set up her own book distribution company.

One Response to “R.I.P Gordon Soules”